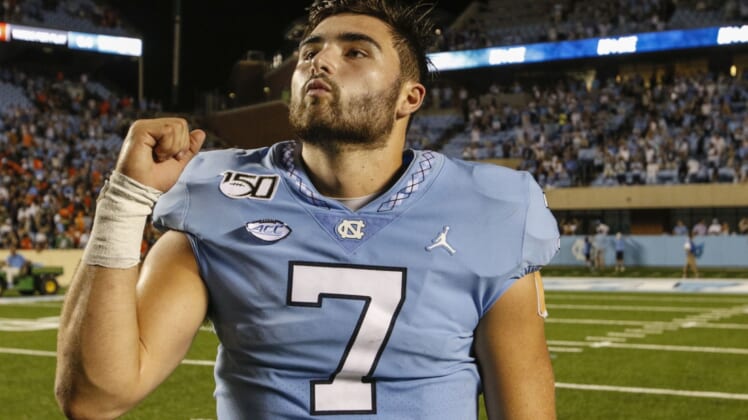 The 21-year-old hopes that his next big pass is in the NFL.

Howell announced Saturday that he plans to forego his senior season with the Tar Heels and enter the NFL draft. He posted a video on social media expressing his intentions for the upcoming year, along with a salute to his college teammates, coaches and fans.

“I’ll forever be grateful for my time here at Carolina and for all the people who made it so special,” Howell said.

The North Carolina native completed 62.5 percent of his passes this season for 3,056 yards, 24 touchdowns and nine interceptions. He also had 183 carries for 828 yards and 11 scores on the ground.

Howell is projected as a possible first-round draft pick.