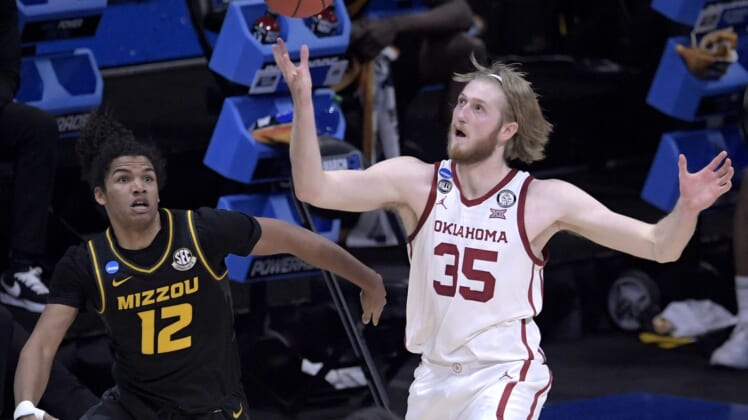 North Carolina on Thursday announced that Oklahoma transfer Brady Manek has signed on to play for the Tar Heels in 2021-22.

Manek has one year of eligibility remaining, thanks to the NCAA granting every athlete an extra season due to the COVID-19 pandemic.

Manek, who graduated from Oklahoma in December, finished his Sooners career with 235 3-pointers, good for fifth all-time in OU history.

“Brady is the perfect player for what we wanted and what we needed,” new UNC head coach Hubert Davis said in a statement. “We needed a player that had size, but from an offensive standpoint, had the versatility to score around the basket with either hand and be just as effective on the perimeter. And that’s what Brady has done for four seasons at Oklahoma.

He shot 37.4 percent from long range in four seasons.