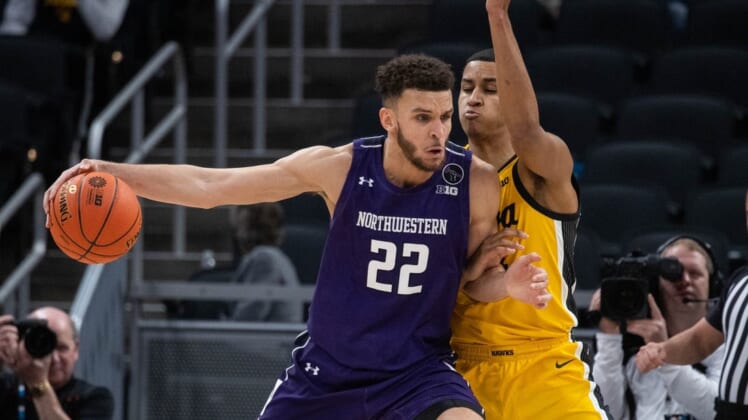 “Northwestern, thank you for everything. Super excited about the next steps,” Nance posted Saturday on Twitter along with a farewell letter to his “Northwestern Family” and a photo of himself in a Tar Heels uniform.

Northwestern, thank you for everything. Super excited about the next steps.#gotarheels pic.twitter.com/kBcJBmnKnS

He played in 107 games (74 starts) over four seasons at Northwestern and averaged 9.6 points and 5.4 rebounds.

After earning honorable mention All-Big Ten honors last season, Nance declared for the NBA draft and entered his name in the NCAA transfer portal. He withdrew from the draft earlier this month.

North Carolina has four starters returning from a team that lost to Kansas in the national championship game. Nance is a likely replacement for the fifth starter from that 29-10 squad, departed senior Brady Manek.