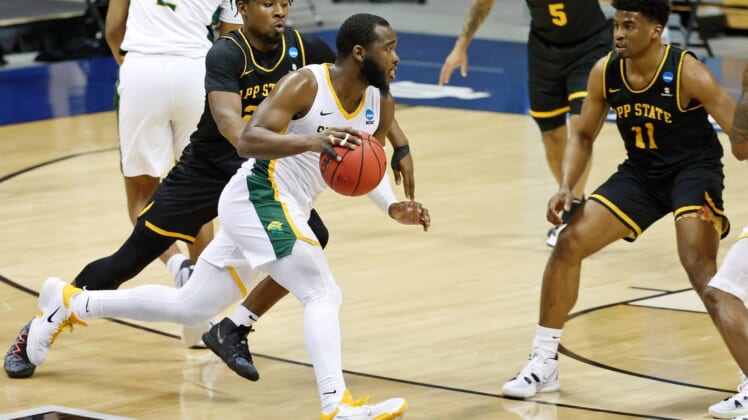 The Mountaineers had a chance to win the game on their final possession, but Michael Almonacy bricked a 3-point attempt and Justin Forrest’s second-chance jumper came up short as the buzzer sounded.

Norfolk State improved to 17-7 on the season and will play top-seeded Gonzaga on Saturday night in a first-round West Region game. Appalachian State, which was making its first NCAA Tournament appearance in 21 years and only its third in program history, ends the season at 17-12.

Jalen Hawkins came off the bench to pump in a game-high 24 points and Joe Bryant Jr. added 10 for the Spartans, who won their first NCAA Tournament game since stunning Missouri in a 15-over-2 upset back in 2012.

Carter shot just 1 of 10 from the field, but he drove the lane after an Adrian Delph miss and drew contact. Carter rattled the first shot home and cleanly swished the second.

Forrest scored 18 points to lead the Mountaineers, who used a 26-4 run to overcome a 41-25 deficit early in the second half.

The first half was all Norfolk State. After Appalachian State managed an early 3-2 edge, the Spartans used the hot shooting of Hawkins and the unbelievably cold shooting of the Mountaineers to build a hefty lead.

Hawkins drained a 3-pointer to cap an 8-0 run that gave Norfolk State a 10-3 advantage, setting the stage for his outburst from the arc. He accounted for 12 straight Spartan points in a 5:05 span that made it 25-15 Norfolk State at the 6:58 mark.

Hawkins capped a 20-point half with a layup and a pair of foul shots to up his team’s lead to 18 with fewer than four minutes to go. Although the Spartans slowed for the half’s remainder, they took a comfortable 36-20 advantage to intermission.

Appalachian State finished the half at 6 of 31 from the field, including an incredible 0-for-18 on 3-point attempts.