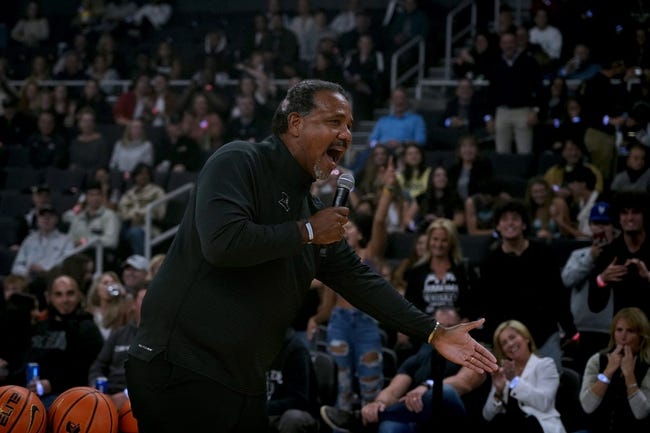 Norchad Omier scored a game-high 19 points, Isaiah Wong added 18 and Miami held on for a 74-64 victory over Providence Saturday afternoon in the Hall of Fame Tip-Off Classic in Uncasville, Conn.

The win gave the Hurricanes (4-0) their best start since the 2018-19 team won its first five games and gifted Jim Larranaga his 700th coaching victory against 475 losses.

Nijel Pack, a transfer from Kansas State, also was in double figures for the Hurricanes with 11 points.

Omier, a transfer from Arkansas State, also snagged 12 rebounds to help Miami to a 38-29 advantage on the boards.

The Friars cut into a double-digit halftime deficit to close within six points three times in the first 11 minutes of the second half, the last at 55-49 on Clifton Moore’s free throws, but the Hurricanes responded with an 8-0 run capped by Jordan Miller’s banked in 3-pointer.

The Hurricanes retained a double-digit lead the rest of the way with Bynum’s 3-pointer in the final eight seconds getting the margin down to 10 points.

Miami held a 15-point advantage before Providence’s Alyn Breed sank a 3-pointer in the closing seconds to trim the lead to 38-26 at the break.

Neither team shot well in the first half (Miami was 13-of-33 from the field, Providence 9-of-25), and the Hurricanes enjoyed a 22-15 rebounding edge and had the advantage in turnovers with only four to the Friars’ eight.