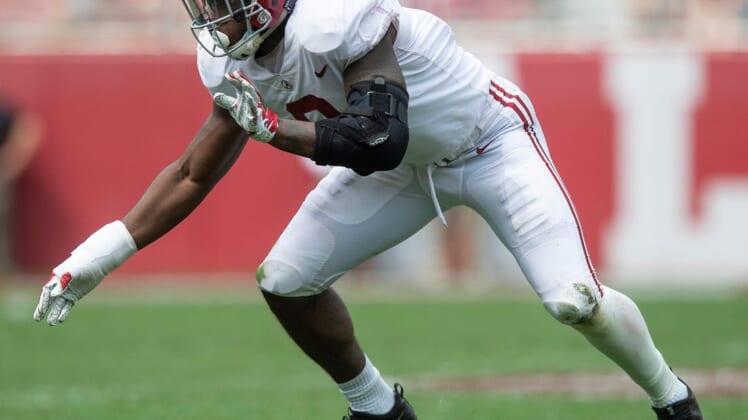 This will be the fourth college for the 6-foot-6, 270-pound Anoma, who was heavily recruited by Michigan when he played at St. Frances Academy in Baltimore but chose Alabama. In high school, he played for Biff Poggi, an associate head coach for the Wolverines.

A graduate transfer, Anoma is listed in Michigan’s online student directory but has yet to be posted to the team roster online.

Anoma was ranked by the 247Sports composite as the No. 1 player at his position and the No. 4 overall player in the Class of 2018, and he was poised to become a dominant player at Alabama. He appeared in six games as a freshman, tallied nine tackles and was named to the Southeastern Conference All-Freshman Team, alongside such notables as Justin Fields, Jaycee Horn and Patrick Surtain II.

Before the 2019 season, Anoma was off the Crimson Tide roster amid disciplinary issues.

“He was dismissed by the university,” coach Nick Saban said at the time. “That’s really all I can say about it.”

Anoma then transferred to Houston, sat out the 2019 season under NCAA transfer rules but was dismissed in February 2020 for violating team rules. He never appeared in a game for the Cougars.

He resurfaced last fall at FCS program Tennessee-Martin and made 36 tackles (9.5 for loss) and recorded six sacks. He entered the transfer portal earlier this week.