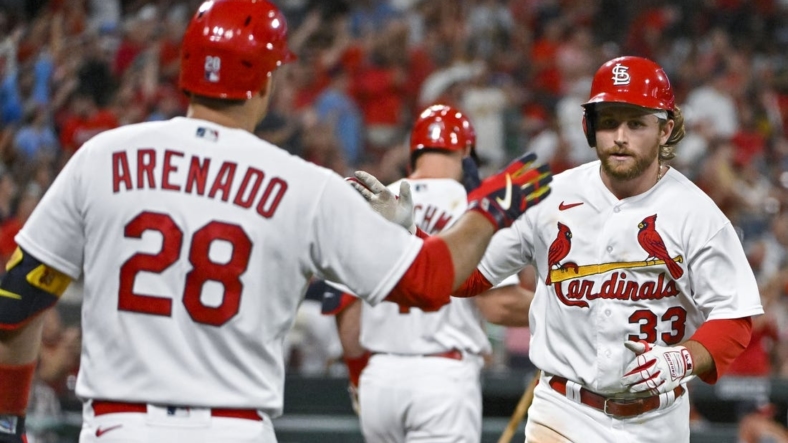 Nolan Gorman hit a homer and an RBI double to power the St. Louis Cardinals past the visiting Washington Nationals 4-1 Tuesday.

Cardinals starting pitcher Jose Quintana (5-6) allowed one run on five hits in five innings. He struck out five batters and walked nobody.

Joey Meneses hit a one-out double for the Nationals in the first inning, but Quintana retired Luke Voit and Nelson Cruz on popouts to strand him in scoring position.

The Nationals took a 1-0 lead in the second inning when Luis Garcia hit a double and scored on a single by Ildemaro Vargas. From there, Cardinals pitchers didn’t allow another runner into scoring position until the ninth inning.

The Cardinals snapped a 12-inning scoreless streak by taking a 3-1 lead in the fourth inning. Donovan started the rally by leading off with his first homer since June 26.

With one out, Nolan Arenado hit a single, moved to third on Corey Dickerson’s double, then scored on Tyler O’Neill’s sacrifice fly. Gorman followed with an RBI double, breaking a slump that saw him go 1-for-12 with eight strikeouts in his previous six games.

Gorman’s homer off reliever Steve Cishek in the seventh inning pushed the Cardinals’ lead to 4-1.

Meneses greeted Helsley with a leadoff double in the ninth inning. Cruz drew a one-out walk, but Keibert Ruiz flew out and Garcia struck out to end the game.