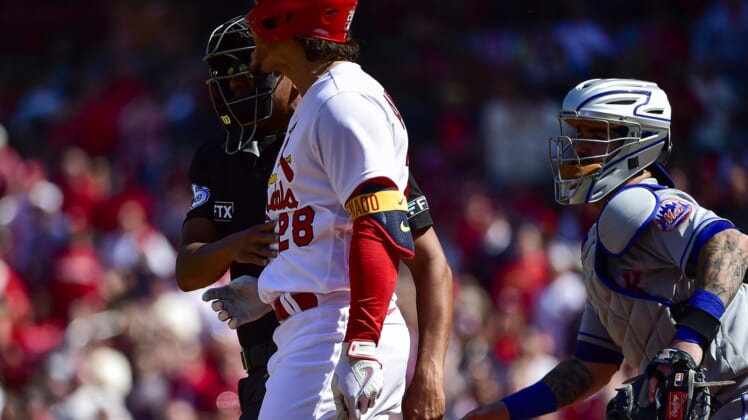 The suspensions were set to begin Thursday night for the Cardinals’ home game against the Arizona Diamondbacks but Arenado chose to appeal and was in the starting lineup.

Cabrera opted not to appeal, according to Bally Sports West.

In addition, Mets pitcher Yoan López was fined for contributing to the incitement of the incident, while a pair of players – Jack Flaherty of the Cardinals and Taijuan Walker of the Mets – were fined for participating in the incident while being on the injured list.

Arenado and Cabrera were also fined an undisclosed amount.

The incident occurred in the bottom of the 8th inning with St. Louis leading the Mets 10-5.

Amid all the subsequent pushing and shoving, Cardinals coach Stubby Clapp and Cabrera tag-teamed Mets slugger Pete Alonso to the ground. Clapp was also ejected but Cabrera was not.

Alonso was hit in the helmet with a pitch during Tuesday’s game.

Cabrera hit New York third baseman J.D. Davis in the foot in the top of the eighth inning of Wednesday’s game, inflaming tensions even more. Cardinals pitchers hit five Mets during the series.

Mets batters lead the major leagues in HBP with 19.