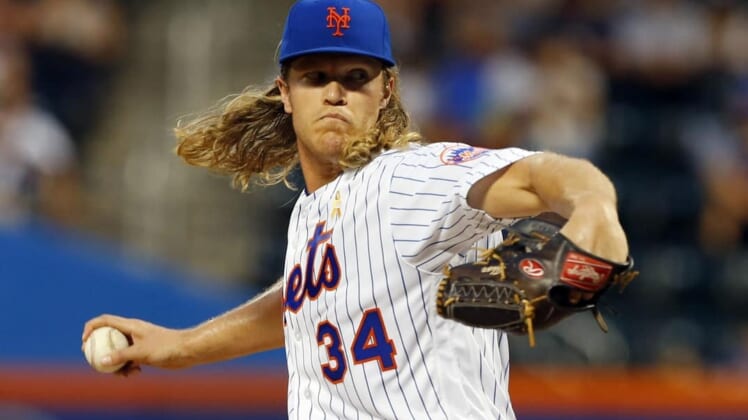 Earlier in March, a fan made it known that he’d dye his hair blonde if New York Mets starter Noah Syndergaard recorded 10 strikeouts on Opening Day. Thor quickly responded when the proclamation was made.

After living up to his end of the bargain on Thursday, the New York ace called on the fan to do the same.

The fan, to his credit, said that he’d be a man of his word.

The Mets did pick up the W, downing the St. Louis Cardinals 9-4. And we can admire anyone willing to honor his word.

But now, we need proof.