No guardrails in NFL season for team-wide COVID-19 outbreak? 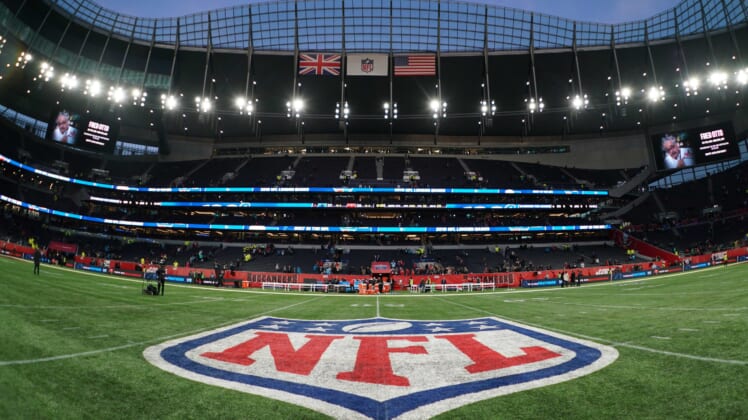 The NFL is slowly putting together its safety protocols for the 2020 season, which will be played amid the COVID-19 pandemic. While the league tentatively has plans for what it will do when a player tests positive for COVID-19, the same apparently can’t be said for a team-wide outbreak.

It’s inevitable that multiple players will contract the coronavirus during the season. If one team experiences an outbreak in the regular season, though, the fallout could be significant.

No guardrails in NFL schedule for team-wide COVID-19 outbreak

In a mailbag this week, Sports Illustrated’s Albert Breer indicated there doesn’t seem to be any current safety measures within the NFL’s protocols for a team-wide outbreak. While the league will require individual players to quarantine for at least 14 days following a COVID-19 test, that would cause significant problems if 15-plus players from the same team test positive for the virus.

Even if it happened during a bye week, the best-case scenario, the team would still be without a significant percentage of its roster for at least one game and possible longer. As Breer stated, any club that experiences a COVID-19 outbreak would be stuck with a “seriously altered roster” during the season.

The NFL is considering expanding practice squads this season, a move that would provide teams with 16 additional players they could use. However, organizations might need to have players on the practice squad training in other areas to avoid potential exposure if there is an outbreak on the roster.

It’s part of the reason Tampa Bay Buccaneers head coach Bruce Arians is considering quarantining a third quarterback. By keeping certain players separated, it could limit their exposure if there is an outbreak of the virus. That way, a team always has an option ready in an emergency.

There is still plenty of work for the NFL to do even before training camp begins. The league’s strict social distancing guidelines for training camp receive immediate criticism from coaches. Given training camp is just a month away, the NFL needs to have a firm safety plan with support from the teams and players very soon.