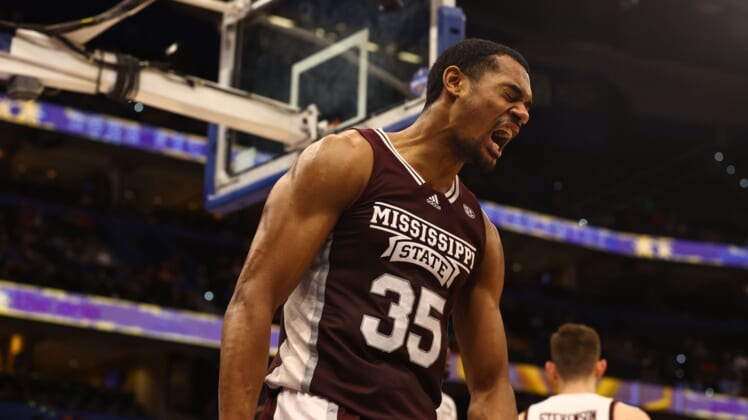 Tennessee is one of the favorites to win the Southeastern Conference tournament, but coach Rick Barnes’ primary focus is on improving his team.

The ninth-ranked and second-seeded Volunteers (23-7) will make their tournament debut Friday night in the quarterfinals when they face the 10th-seeded Bulldogs, who upset seventh-seeded South Carolina 73-51 on Thursday in Tampa.

Tennessee won nine of its last 10 regular-season games to earn a bye into the quarterfinals.

“We have to continue to get better,” Barnes said. “We could be playing for another month if we can.”

Barnes cited the Volunteers’ “mellow approach” to the second half of their regular-season finale as an example of how they can improve. They led visiting Arkansas by as many as 24 points but watched the gap shrink to two before escaping with a 78-74 victory.

Tennessee must be “locked in mentally” and adjust to the dynamics of tournament basketball in order to make a deep run, according to Barnes.

“You have to understand that the game changes a little bit,” he said. “Longer timeouts will start happening. Once you get into the conference tournament, obviously we know each other, so this is a real rock fight because we all know each other so well.

“The key is that you rely on your training, you rely on what you’ve done up to the point. If you start doing things out of character where you start beating yourself, that’s how it all ends.”

Tennessee ranks second in the SEC in scoring defense, allowing an average of just 63.3 points per game. The Vols held seven of their last nine SEC opponents to fewer than 65 points.

Mississippi State ranks fifth in the SEC in opponents’ scoring (66.3 ppg) and showed just how good its defense can be during the second half of its second-round victory Thursday.

The Bulldogs, who lost three of their last four regular-season games, outscored South Carolina 37-17 after halftime.

“I thought the second half, our defense was incredible,” Mississippi State coach Ben Howland said. “We did a better job of pressuring the ball. I thought our defense really picked up in the second half. I was really excited about the performances of our guys.”

Tolu Smith led the Bulldogs with 20 points and grabbed 12 rebounds.

“He did a lot of nice things, and his teammates did a great job of feeding him,” Howland said of Smith.

Smith had a lot of help. Iverson Molinar scored 19 points and Shakeel Moore scored 10. Sophomore Andersson Garcia made his first career start and finished with 14 rebounds and seven points.

Howland noted that the Bulldogs outscored the Gamecocks by 31 points while Moore, who also had five assists and helped lead the defense, was on the floor.