No. 8 UCLA shoots to one-sided win over Sacramento State 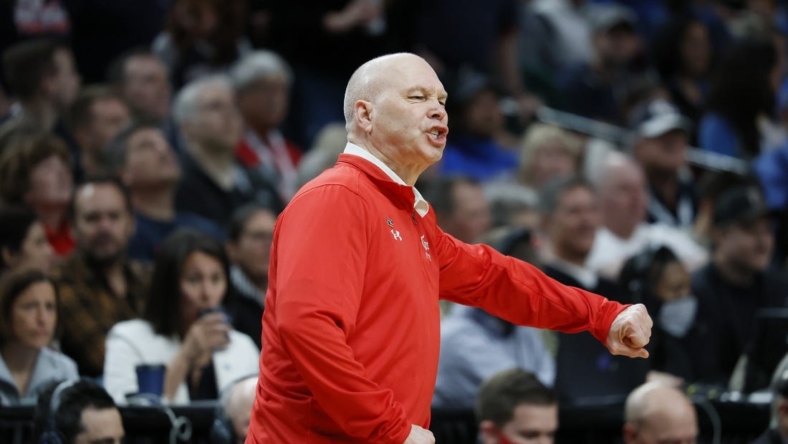 Jaylen Clark’s perfect shooting performance and a 20-0 first-half run powered No. 8 UCLA to a 76-50 rout of Sacramento State on Monday in the season-opening contest for both teams in Los Angeles.

The Bruins trailed 16-12 midway through the first half before consecutive baskets from Tyger Campbell jump-started what proved to be the decisive stretch.

Campbell’s five straight points, including one of his two made 3-pointers on four attempts for the night, gave UCLA a lead it never relinquished. The Bruins extended the gap to 16 points before Sacramento State ended its scoring drought at 6:33.

The Hornets went more than seven minutes between field goals as the Bruins took over.

UCLA’s lead swelled to as many as 27 points in the second half.

UCLA, meanwhile, knocked down six of its 10 3-point attempts as part of a 34-of-64 overall shooting performance from the floor (53.1 percent). David Singleton came off the bench to pace the Bruins’ long-range shooting, going 3-of-3 en route to 13 points.

He was one of five Bruins to score in double-figures along with Jaime Jaquez Jr. and Campbell, both of whom recorded 14 points. Jaquez also grabbed seven rebounds, while Campbell matched Clark and Sacramento State’s Gianni Hunt with a game-high four assists.

Amari Bailey rounded out UCLA’s double-digit-scoring performances with 10 points in his collegiate debut.