No. 7 Duke cruises past Jacksonville in Jon Scheyer’s debut 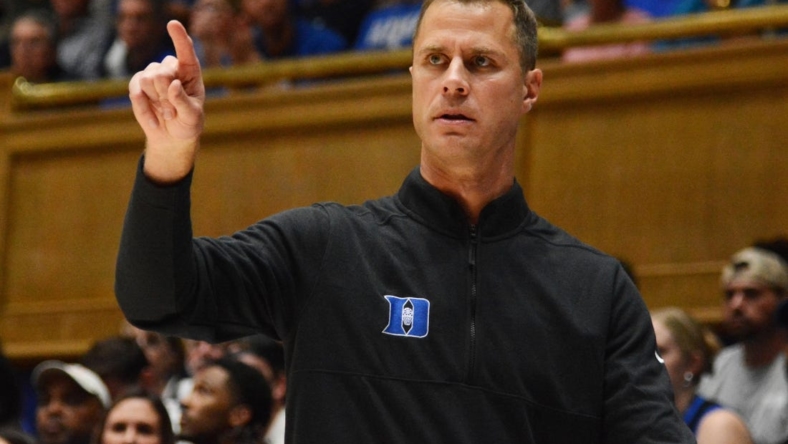 Freshman Mark Mitchell pumped in 18 points in Jon Scheyer’s debut as Duke’s head coach as the No. 7 Blue Devils rolled to a 71-44 season-opening victory against visiting Jacksonville on Monday night in Durham, N.C.

It was another moment in the changing of the guard after Mike Krzyzewski’s reign of more than four decades. Scheyer, a former Duke guard and associate head coach, took over the program last spring after Krzyzewski’s final season in charge ended in the Final Four semifinals.

Jeremy Roach, one of the few returning players for Duke, posted 16 points.

Aside from Scheyer and Mitchell, it was an introduction to several new faces.

Kyle Filipowski had 10 points and 12 rebounds in his first college game. Ryan Young, a transfer from Northwestern, added 12 points for Duke, which shot 10-for-29 from 3-point range.

Duke was without perhaps the biggest prospects in its signing class because of injuries to Dereck Lively II and Dariq Whitehead.

Mike Marsh poured in 15 points for the Dolphins. No other Jacksonville player had more than five points with five minutes still to play.

Among the glitches for the Blue Devils were 12 turnovers in the first 33 minutes. Duke was attacking largely from the perimeter, so it rarely had players at the free-throw line, though it ended up 7 of 11 on free throws.

Still, Duke had a defensive performance that might have received raves from Krzyzewski, who stressed defense in games early in the season.

The Blue Devils bolted to a 23-13 lead in barely more than nine minutes. Later, they put together a 10-2 run to end the half.

This was the first-ever meeting between Jacksonville and Duke.