No. 5 Baylor pulls away to defeat Norfolk State 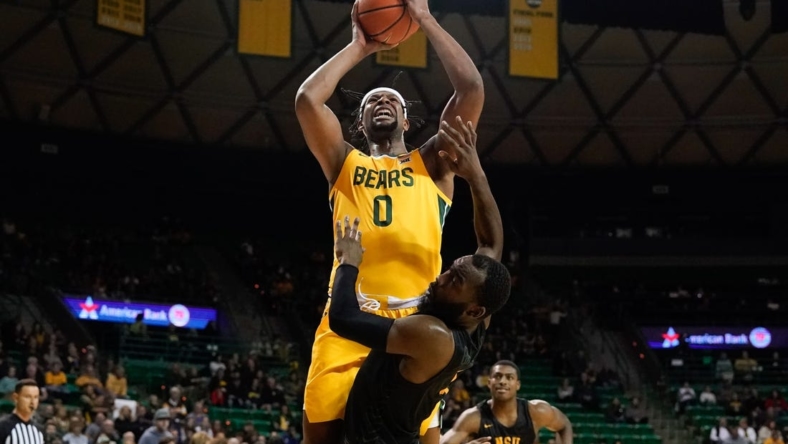 Keyonte George drained six 3-pointers and had 23 points, seven assists, five rebounds and three steals to lead No. 5 Baylor to an 87-70 victory over Norfolk State in nonconference play on Friday night at Waco, Texas.

Jalen Bridges added 20 points and Adam Flagler tallied 18 for Baylor (2-0). Flagler made four 3-pointers as the Bears were 15 of 38 from long distance.

The contest was a rematch of last season’s NCAA Tournament first-round game, which Baylor won 85-49.

Norfolk State made 50 percent of its shots and was 6 of 17 from behind the arc. The Spartans committed 19 turnovers to the Bears’ 15.

Baylor led by eight at the break before opening the second half with an 11-2 run. Bridges connected on a 3-pointer to end the burst and give the Bears a 53-36 advantage with 16:39 remaining.

The Spartans crept within 69-57 on Bankston’s dunk with 7:05 remaining.

Baylor later ran off eight straight points to put the game away. Bridges converted a three-point play and George scored the next five to make it 83-62 with 3:06 left, and the Bears cruised to the finish.

George made four 3-pointers and scored 15 points in the first half as the Bears led 42-34 at the break.

Baylor held a 30-15 lead after Cryer split two free throws with 9:08 left before Norfolk State made a strong push.

However, Flagler sank two treys in a 39-second span to help the Bears get the lead up to eight.