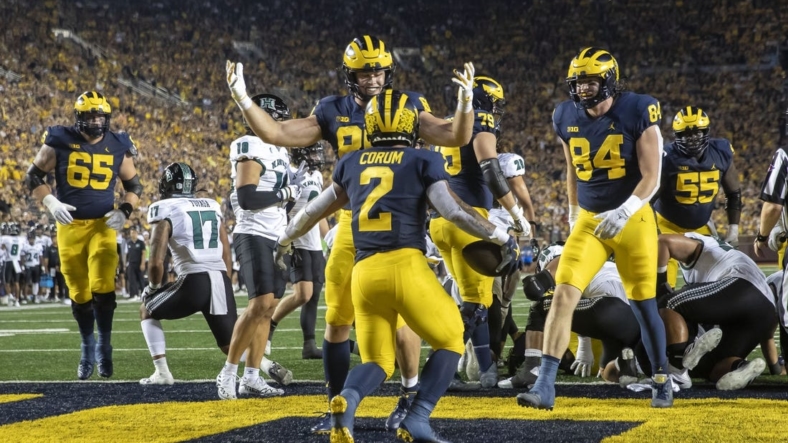 Making his first career start, McCarthy stated his case that he should be the full-time starter going forward over Cade McNamara. McCarthy led the Wolverines (2-0) to six touchdowns in the first half before being pulled from the game.

The Wolverines also held a 268-140 advantage in rushing yards.

McCarthy first hit Roman Wilson for a 42-yard touchdown pass with 12:48 remaining in the first quarter to give Michigan a 7-0 lead.

Corum rushed for a game-high 88 yards on nine carries.

McCarthy then hit Ronnie Bell for a 13-yard touchdown pass with 12:05 remaining in the second quarter, and Donovan Edwards scored from a yard out with 8:38 left in the second to put Michigan up 35-0.

With 1:06 left in the second quarter, McCarthy hit Cornelius Johnson for a 17-yard touchdown pass to give the Wolverines a 42-0 lead.

Hawaii (0-3) spoiled Michigan’s shutout bid when Matthew Shipley kicked a 26-yard field goal with 3:51 remaining in the third quarter to make it 42-3 Michigan.

On the first play of the fourth quarter, Michigan grabbed a 49-3 lead on a 15-yard touchdown run by C.J. Stokes.