No. 4 Kentucky rides balanced scoring to rout of S.C State 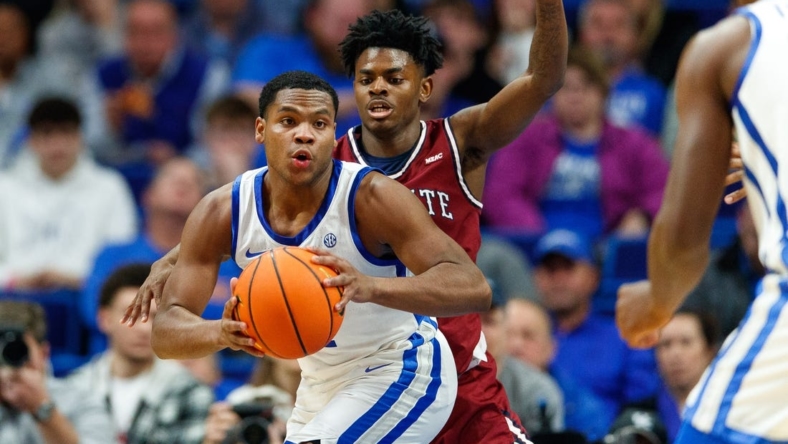 Chris Livingston scored 13 points, Cason Wallace and Lance Ware had 12 each and Antonio Reeves added 11 as Kentucky (3-1) bounced back from a double-overtime loss to Michigan State two nights earlier. The Wildcats stretched their home-court winning streak to 22 games.

Twelve of the 14 Kentucky players who got on the court contributed points.

Rakiem Gary had 13 points and Shaman Alston put up 10 for the Bulldogs (0-4), who were playing the fourth of 11 consecutive road games to open the season.

Oscar Tshiebwe, who had 22 points and 18 rebounds in his season debut Tuesday night, managed only six points and seven rebounds while playing just 14 minutes against South Carolina State.

After toying with the Bulldogs in the opening minutes, the Wildcats held their first double-digit lead at 29-19 with 6:51 left in the first half. Kentucky moved on top 45-22 on a layup by Ugonna Onyenso at the 2:11 mark before settling for a 49-30 lead at the halftime break.

The Wildcats were 7 of 17 from the field in the first nine minutes but were 12 of 16 the rest of the half.