No. 3 Houston to throw tough defense at Saint Joseph’s 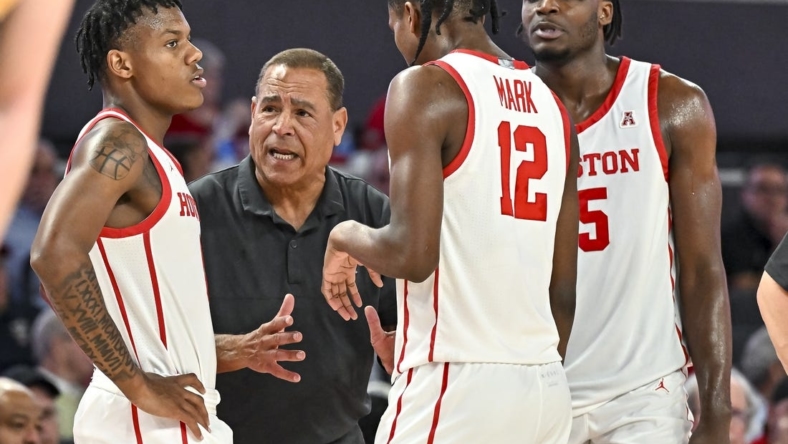 Third-ranked Houston will look to continue to show why it owns its highest preseason ranking since the 1983-84 season when the Cougars face Saint Joseph’s in the Veterans Classic on Friday in Annapolis, Md.

The Cougars dominated visiting Northern Colorado in a season-opening, 83-36 win on Monday.

Marcus Sasser, whose toe injury forced him to be sidelined for the second half last season — including the Cougars’ run to the Elite Eight, showed why he’s a preseason All-American. He scored a game-high 21 points on 7-for-14 shooting from the field, including 4-for-8 from 3-point range, to go along with four steals and three assists.

“Everything we do is accountability,” Houston coach Kelvin Sampson said after the 700th win of his career, the past 200 coming with the Cougars. “I do not say that’s OK. There is accountability. Our standards, our expectations, our accountability. It starts with our defense. We’re not always going to shoot well. That’s OK. Most teams don’t shoot well against us either.”

“We always have a game plan defensively. We hang our hat on defense here,” Sampson said. “We have three things that have allowed us to be successful year in and year out. Those three things are: we defend, we rebound and we take care of the ball.”

Houston was also ranked No. 3 in the AP poll to open the 1983-84 season, which ended with the Cougars losing to Georgetown in the national championship game. The Cougars’ best preseason ranking is No. 2, achieved prior to the 1967-68 season.

Saint Joseph’s, which defeated Widener 92-80 win an exhibition last week, formally will open its season against the Cougars.

The Hawks went 11-19 last season, with their 11 wins equaling their total for the previous two seasons combined. Saint Joseph’s hasn’t had a winning season since going 28-8 in 2015-16, the last time it reached the NCAA Tournament.

“I could not be more excited about the group that is in front of us right now,” Saint Joseph’s coach Billy Lange said. “How we got here is not what I’m focused on.”

Lynn Greer transferred from Dayton, with which he averaged 2.7 points and 1.3 assists per game last season.

“The ceiling is high for this group,” said Brown, who scored a team-high 22 points in the exhibition win. “We can be as good as we let ourselves be.”