No. 3 Houston rolls in second half, blows by Texas Southern 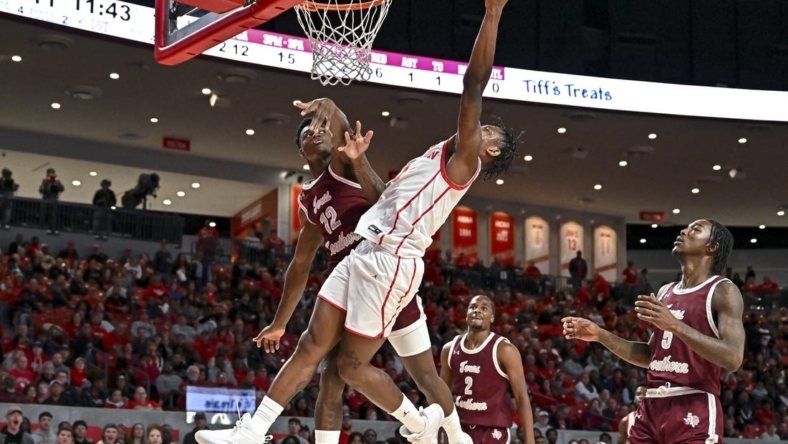 Marcus Sasser scored 20 points and Jarace Walker added 19 as the No. 3 Houston Cougars cruised to an 83-48 victory over the visiting Texas Southern Tigers in the finale of the Cougar Classic on Wednesday.

Sasser, a senior and preseason All-American, shot 6 of 13 from the field and 8 of 10 from the free-throw line, but missed all six of his 3-point attempts, in addition to recording six assists and five rebounds.

Walker, a freshman who arrived as a five-star recruit, shot 9 of 11 from the field, including making his lone 3-point shot, and adding a team-high six rebounds.

J’Wan Roberts had 10 points and four rebounds, while Jamal Shead chipped in eight points and six assists for the Cougars (4-0), who led the Tigers (1-4) by as many as 38 points in the second half.

Zytarious Morlte had 15 points and four rebounds for the Tigers, while Davon Barnes and PJ Henry added nine points apiece, as the trio accounted for all but 15 of Texas Southern’s points. Barnes had a game-high seven rebounds.

Leading 43-20 at halftime, the Cougars opened the second half on a 14-8 run capped by Walker’s layup that extended the lead to 57-28 with 14:30 remaining. The Tigers didn’t get within 22 points the rest of the way.

The Cougars completely dominated the first half to take the 23-point lead after 20 minutes.

Sasser scored 15 points on 4-for-9 shooting and Walker added 13 points on 6-for-7 shooting from the field, including a 3-pointer, to highlight the Cougars’ offensive outburst.