No. 3 Houston leans on defense to knock off Oregon 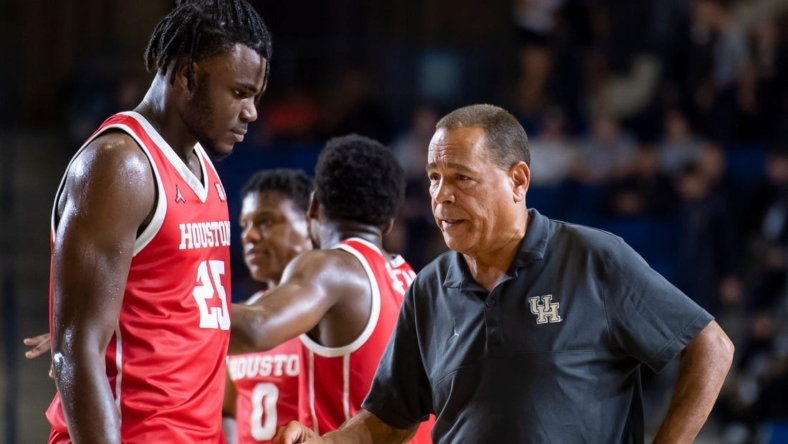 Freshman Terrance Arceneaux came off the bench to score 15 points, Jamal Shead had 13 points and four assists and Jarace Walker had 10 points and six rebounds for the Cougars (5-0).

The already short-handed Ducks were further hobbled when starting guard Keeshawn Barthelemy suffered an apparent ankle injury on a drive to basket late in the first half. Barthelemy didn’t return, leaving Oregon with just seven scholarship players in the second half.

The Cougars led 31-24 at the half despite Sasser scoring just three points as he played only eight minutes due to two early fouls.

With the score tied at 15-all, the Cougars went on a 12-0 run, with Arceneaux scoring 10 points during the surge on a pair of 3-pointers, a dunk and a second-chance layup.

The Ducks had a chance to take the lead early in the second half, but a turnover led to a 3-pointer by Sasser and the Cougars pulled away again.