No. 24 Dayton cruises past Lindenwood in season opener 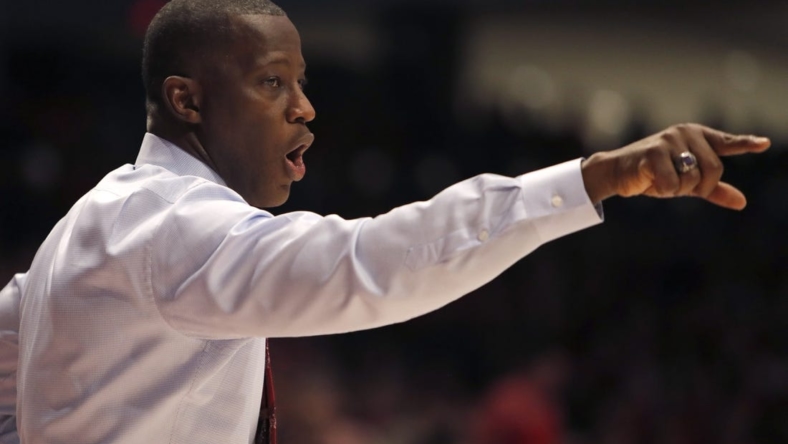 Mike Sharavjamts scored 14 points and DaRon Holmes II and R.J. Blakney added 13 apiece as No. 24 Dayton cast visiting Lindenwood out to arm’s length in the first half and went on to a 73-46 win in the season opener for both teams.

Dayton, the preseason choice to win the Atlantic 10 this season after consecutive years of settling for NIT bids, led by 17 in the first half but let the Lions hang around well into the second before pulling away.

Lindenwood, which trailed by 14 at halftime, scored the first five points of the second half to get the deficit into single digits.

Chris Childs, who led the Lions with 15 points while shooting just 6 of 18 from the field, scored the final three in that run. However, Lindenwood hit only one of its next 15 shots as Dayton went up by 22 with 7:09 left on a 3-pointer from Zimi Nwokeji.

The lead twice reached 34 in the final four minutes.

Lindenwood, which struggled to find room inside and was even colder from long range, shot only 32.7 percent from the floor and 20 percent (4-for-20) from long range.

Kobe Elvis finished with 10 points, seven rebounds and five assists, Mustapha Amzil added 10 points and Toumani Camara grabbed 11 rebounds for Dayton, which shot 47.1 percent from the floor, including 26.3 percent (5-for-19) on 3-pointers.

Kevin Caldwell Jr. netted eight points for the overmatched Lions, who are beginning their first season in Division I after more than a decade in Division II.

Lindenwood, which is in St. Charles, Mo., is competing in the Ohio Valley Conference and will be a full Division I member, including eligibility for the NCAA Tournament, in 2026.

The Flyers made their first five shots, including 3-pointers by Sharavjamts and Blakney, on their way to an 12-5 lead. Later eight- and six-point runs helped Dayton to a 35-21 lead at halftime.

Elvis posted 10 points in the first half and Holmes added nine, and Dayton shot 48 percent in the half while twice leading by 17.

Lindenwood made three of its first five shots, but then missed 11 of 12. The Lions shot only 32.1 percent in the first half, and each team made only two 3-pointers.