No. 23 Oregon State still underdogs in Friday matchup with Washington 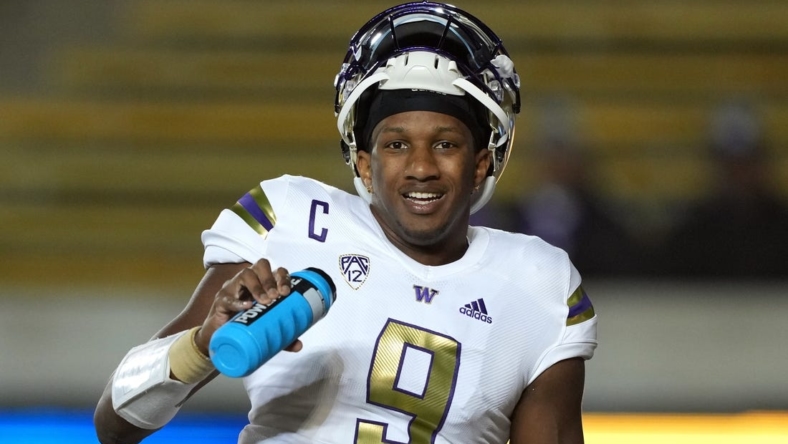 Oregon State was ranked in The Associated Press’ Top 25 this week for the first time since the end of the 2013 season.

In addition to their No. 24 spot in the AP poll, the Beavers landed No. 23 in the first College Football Playoff rankings of the season.

“It’s a little bit like preseason rankings — midseason rankings we’re not into and paying a bunch of attention to,” Smith said. “I will say, though, I think it’s a recognition of the work these guys put in and progress we’re making. But we’re definitely into postseason rankings.”

The Beavers had not been ranked in the regular season since 2012 when they finished 20th.

Oregon State has won three consecutive games behind backup quarterback Ben Gulbranson, who has replaced the injured Chance Nolan (concussion). Smith said Nolan took part in practices this week but is unlikely to be ready for Friday’s game.

“Still limited, didn’t do the whole thing, so we’ll see how he kind of responds and works through the week,” Smith said.

The Beavers will be without starting left guard Marco Brewer, who suffered a season-ending injury in their last game, a 42-9 victory against visiting Colorado on Oct. 22.

Gulbranson completed 14 of 22 passes for 202 yards and two touchdowns in that game and freshman Damien Martinez carried 22 times for 178 yards and three TDs.

The Beavers spent part of their bye week preparing for Washington quarterback Michael Penix Jr., who is completing 68% of his passes with 22 touchdowns and four interceptions. Penix leads the nation in passing yards per game with 366.8.

“This guy can change his arm angle, he’s just accurate. Tight windows. He likes to throw it and he wants to throw it first,” said Smith, who was the Huskies’ quarterbacks coach and offensive coordinator in 2014-17 before returning to his alma mater. “Plenty of ability to extend (the play). A lot of quarterbacks have that, but this guy’s a great thrower of the football.”

The Huskies also had a bye last week after a 28-21 victory at California, their second in a row. Penix was 36-of-51 passing for 374 yards and two TDs in that game.

UW coach Kalen DeBoer, who was Penix’s offensive coordinator at Indiana before the two reunited this season when DeBoer was hired and Penis transferred in, said his quarterback’s importance goes beyond the statistics.

“We’re asking him to do a lot, and he’s lived up to that. He’s calm, cool and collected — I’ve said that all along. But he’s certainly leading the team in a big way, and not just the offense,” DeBoer said. “I think the whole offensive and defensive sides of the ball are certainly responding to him and what he brings.

“When he walks out of the tunnel each and every day onto the field, I think that there’s a lot of confidence in whatever he says. I think the whole team believes him.”

The Huskies have been hampered by injuries, especially in the secondary, but the bye week might have helped.

DeBoer said the projected starting cornerbacks and safeties coming into the season will all be healthy for the first time since the season opener.

“That gives you a lot of stability,” DeBoer said.