No. 22 Xavier races past Morehead State 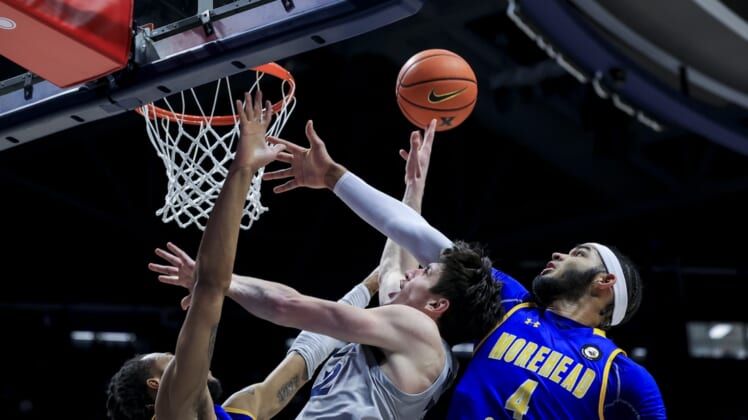 Jerome Hunter scored 15 points and Colby Jones added 14 as No. 22 Xavier coasted past Morehead State 86-63 on Wednesday night in Cincinnati for its sixth consecutive victory.

The Musketeers (10-1) concluded the nonconference portion of their schedule and will open Big East play against visiting Marquette on Saturday.

Jack Nunge added 13 points, Adam Kunkel scored 12 and Dwon Odom and Paul Scruggs each had six assists for Xavier. Zach Freemantle, a first-team All-Big East preseason selection, made his first start of the season and had nine points. He was playing his fifth game after missing the first six because of a foot injury.

Morehead State, which trailed 47-19 at halftime, scored the first six points of the second half, prompting a timeout by Xavier coach Travis Steele. The closest the Eagles got after that was 56-39 on a basket by Broome with 12:24 left. Steele again called a timeout, and Xavier pulled away.

The Musketeers opened the game with a 12-4 run. The Eagles closed the deficit to 15-8 on a basket by Jaylen Sebree, but that was as close as Morehead State would get.

Nate Johnson’s 3-pointer with 9:47 left in the half capped a 10-3 run, putting the Musketeers ahead 25-11. Skyelar Potter’s fastbreak layup cut the deficit to 12, as did Broome’s basket in the paint with 8:29 to go in the half.

However, the Musketeers held Morehead scoreless for the next 7:14 until Jaylon Hall hit a jumper in the lane with 1:15 to go in the first half. In the meantime, Xavier had scored 18 consecutive points for a 45-15 lead.

The key sequence occurred with the Musketeers already ahead 32-15. Kunkel drained consecutive 3-pointers from the left side on fastbreaks following missed shots by Morehead State, the second after Nunge blocked a shot attempt by Hollowell. Nunge then assisted on Kunkel’s trey.

Despite a Morehead timeout, Kunkel stayed hot with another 3-pointer, giving the Musketeers a 41-15 advantage with 4:20 to go in the half.