No. 21 Providence hangs on to defeat No. 15 Seton Hall 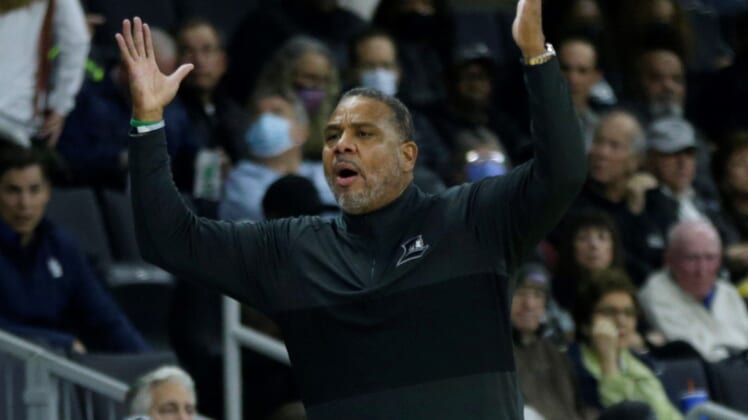 Noah Horchler drained four of his five 3-pointers in the first half and No. 21 Providence stayed the course late in the game for a 70-65 win over visiting No. 15 Seton Hall Wednesday night.

Horchler posted 17 points and 13 rebounds, both game highs, and accounted for all but one of the Friars’ makes from deep to lead his team to its second straight win over a ranked Big East rival.

Bryce Aiken’s hurried 3 went down to bring Seton Hall to within 66-61 with 53 seconds to go. After a stop at the other end, the Pirates got the ball to Yetna for a quick bucket to trim it to three, but the Friars went 4-for-4 from the foul line the rest of the way to secure the victory.

Aiken scored 11 points and Tray Jackson chipped in 10. Seton Hall nabbed eight steals, but went only 4-for-19 from 3-point range.

The lead changed hands back and forth for much of the first half until Seton Hall went ahead 22-19 on Kadary Richmond’s layup with 5:41 before halftime. That’s when the Friars embarked on a 15-0 run, starting with a layup from Watson and fueled by three straight long bombs by Horchler.

Providence led by as many as 13 during the second half, but a brief 9-3 stretch helped Seton Hall draw within 57-50 on Yetna’s putback with 5:40 remaining. Myles Cale followed with putbacks on consecutive possessions to keep the Pirates within seven.

But with 3:20 left, Reeves knocked down a 3-pointer — the first made by a Providence player other than Horchler all night — to make it 64-54, too much for Seton Hall to overcome. Providence as a team finished 6-for-17 from deep.

The Pirates had six players unavailable due to COVID-19 protocol, two of whom are regular members of the rotation: Tyrese Samuel and Ike Obiagu.