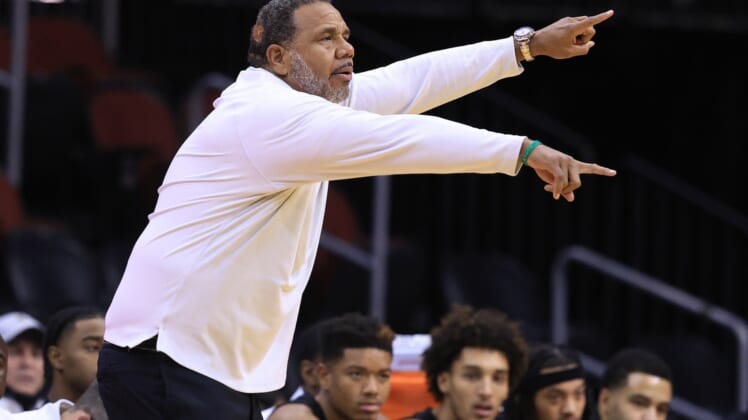 Aljami Durham scored 17 points and Justin Minaya registered a double-double of 12 points and 11 rebounds as visiting Providence rolled to its eighth straight win with a 70-53 rout of DePaul on Saturday in Chicago.

Javon Freeman-Liberty scored a game-high 22 points for DePaul on 8-of-16 shooting. Freeman-Liberty swished four of his six attempts from long range, but the rest of the team was 3 of 15 from deep as part of a 29.8 percent effort from the field overall.

Providence closed the first half on a 22-3 run to take a commanding 42-17 lead into intermission. The Blue Demons shot 23.1 percent in the first half compared to 55.2 percent for the Friars.

DePaul missed 11 straight attempts for the field before Jones banked a 3-pointer at the buzzer to end a scoreless drought of 9:27 for the hosts. With that, Jones, the team’s second-leading scorer who was back in the lineup after clearing COVID-19 health and safety protocols, became just the fourth Blue Demon to score in the half. Freeman-Liberty led the team with seven points at the break.

Providence outscored DePaul 20-4 in the paint before halftime and boasted a 12-0 edge in bench scoring. Minaya had 10 points and eight rebounds at the break. His double-double with the sixth of his career and marked the eighth time he snagged at least 10 boards.

The Friars returned to full strength for the game, with Brycen Goodine and Matteus Case clearing COVID-19 health and safety protocols.