No. 20 Colorado State holds off Air Force to remain undefeated 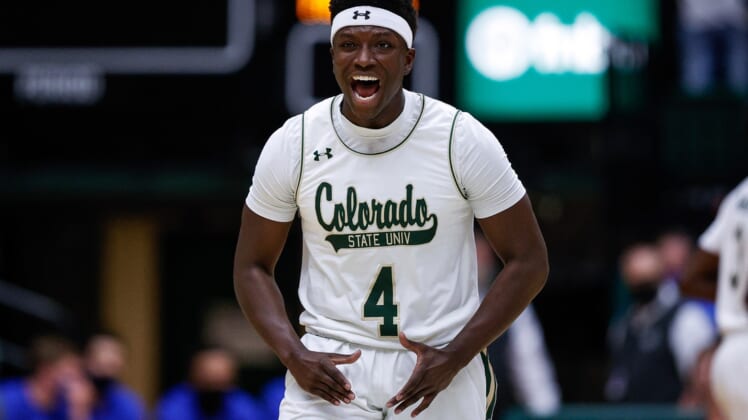 Playing their first game since Dec. 11, when they rallied to beat Mississippi State, the Rams (11-0, 1-0 Mountain West) remained one of three unbeaten teams in the nation — along with top-ranked Baylor and No. 7 USC.

David Roddy, the Mountain West’s leading scorer, notched a double-double with 13 points and 12 rebounds. Roddy started 1 of 5 but scored nine points in the final 20 minutes, including a dunk in the final minute that essentially clinched Colorado State’s seventh straight win over Air Force.

Air Force (8-5, 1-1 MWC) was without leading scorer A.J. Walker, as well as Joseph Octave and Lucas Moerman, due to COVID-19 protocols.

Air Force shot 52.3 percent and hit 10 3-pointers, but the Falcons got no points from their thin bench (the Rams’ bench scored 29) and were outrebounded 33-23 while turning the ball over 14 times.

Air Force started quickly, scoring the game’s first seven points and opening a 21-16 lead on a 3-pointer by Heidbreder with 8:24 left in the half.

The Rams took a 60-52 lead when Tonje hit a contested corner 3-pointer and finished off a four-point play with 5:12 remaining. Roddy finished off a dunk around Nikc Jackson with 54 seconds left to make it 64-56.