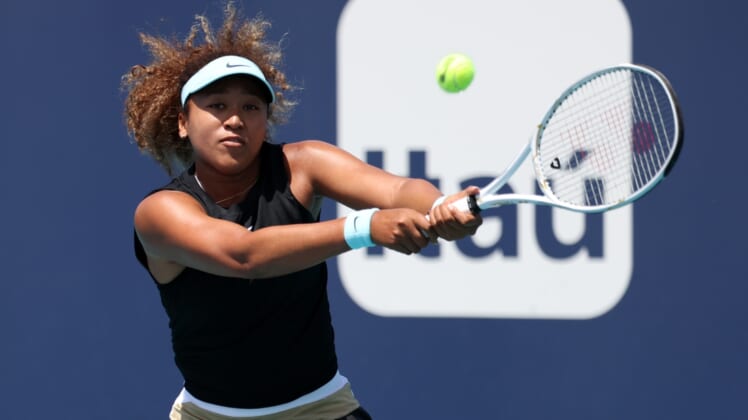 No. 2 seed Naomi Osaka of Japan won her first appearance on clay since 2019 by holding off countrywoman Misaki Doi 7-5, 6-2 on Friday in the first round of the Mutua Madrid Open.

Osaka lost the first two games but broke Doi’s serve three times in the first set and twice more in the second set to defeat the qualifier in one hour and 28 minutes. The reigning U.S. Open and Australian Open champion struck six aces ands finished with 26 winners and 15 unforced errors.

It was Osaka’s first match on clay since the 2019 French Open. She missed the clay-court season last year because of a hamstring injury.

The 23-year-old Osaka improved to 3-0 against Doi.

“You obviously want to play well against a player that’s from the same country,” Osaka said. “I never really know what to expect because I feel like she always plays better when I play against her, so it’s a bit tough to manage controlling my emotions. But I think I was able to do it pretty well.”

Osaka’s second-round opponent will be Karolina Muchova of the Czech Republic, a 6-1, 6-3 winner against Wang Qiang of China.