No. 2 seed Garbine Muguruza rallies to win final in Chicago

No. 2 seed Garbine Muguruza of Spain rallied for a 3-6, 6-3, 6-0 victory over No. 6 seed Ons Jabeur of Tunisia in Sunday’s final of the Chicago Fall Tennis Classic.

It is the ninth career title and second of the season for Muguruza, 27, who won at Dubai in March.

Muguruza, a former World No. 1 and two-time Grand Slam champion, converted six of her eight break points to win in one hour and 37 minutes.

Jabeur led 3-2 in the second set after a service break, but Muguruza broke right back and finished out the match with a 10-game winning streak. 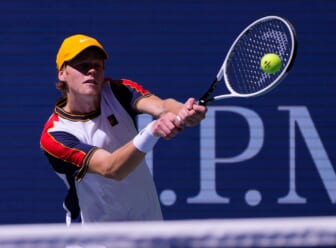