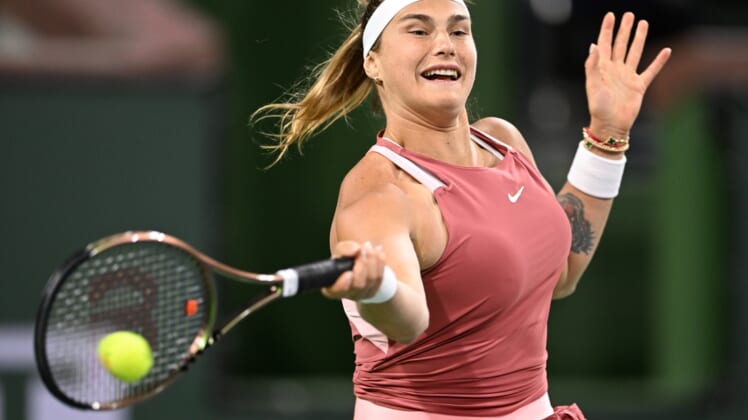 Second-seeded Aryna Sabalenka of Belarus was ousted from the second round of the BNP Paribas Open on Saturday by Italy’s Jasmine Paolini 2-6, 6-3, 6-3 at Indian Wells, Calif.

Paolini, the 46th-ranked player in the world, withstood eight aces and took advantage of 10 double faults by Sabalenka in a match that lasted one hour, 47 minutes.

It was the first top 10 victory of Paolini’s career.

“I’m really happy,” Paolini said in her post-match press conference. “I played an amazing match. I tried to be there, to be focused every point. Yeah, I’m so happy I beat Sabalenka. She’s a great player.”

Fourth-seeded Anna Kontaveit of Estonia made quick work of Kristina Kucova of the Slovak Republic 6-4, 6-1 in 65 minutes.

Fifth-seeded Paula Badosa of Spain was a 6-2, 7-6 (4) winner over Tereza Martincova of the Czech Republic.

Sixth-seeded Maria Sakkari of Greece was a 6-3, 7-5 winner over Katerina Siniakova of the Czech Republic.