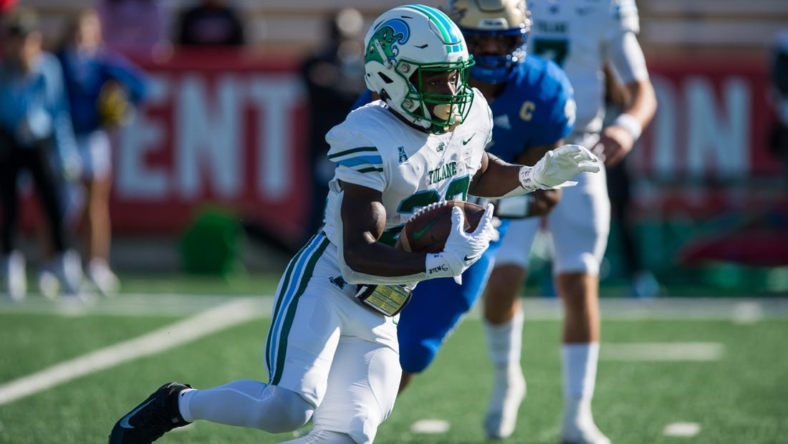 Tulane’s Tyjae Spears rushed for a season-high 157 yards and a touchdown as the No. 19 Green Wave stayed atop the American Athletic Conference with a 27-13 win at Tulsa on Saturday afternoon.

Michael Pratt completed 11 of 19 passes for 125 yards with TD tosses to Tyrick James and Shae Wyatt. He threw one interception. Shaadie Clayton-Johnson topped the 100-yard rushing mark for the first time with 106 yards on 14 carries.

A 55-yard run by Spears on the second play from scrimmage set up the visitors. Pratt finished it by zipping a strike of 10 yards to James.

The Green Wave’s Valentino Ambrosio made a 20-yard kick to round out the first quarter scoring — giving Tulane a 72-13 advantage over the opposition in the first 15 minutes of 2022.

Spears ended an 88-yard drive at 6:10 of the second quarter by slicing through the Tulsa defense with his long run for a 17-3 advantage.

However, the home side gained momentum when Kendarin Ray intercepted Pratt with just over a minute left in the half. Braxton then tossed a 28-yard TD to Santana two plays later for a 17-10 halftime score.

On its first series of the second half, Wyatt put Tulane back up by two scores by hauling in a pass of 20 yards from Pratt to make it 24-10.

Ambrosio’s 33-yard field goal inside the final minute completed the scoring as the Green Wave won for the fifth straight outing.