No. 19 Texas Tech runs away from Oklahoma State 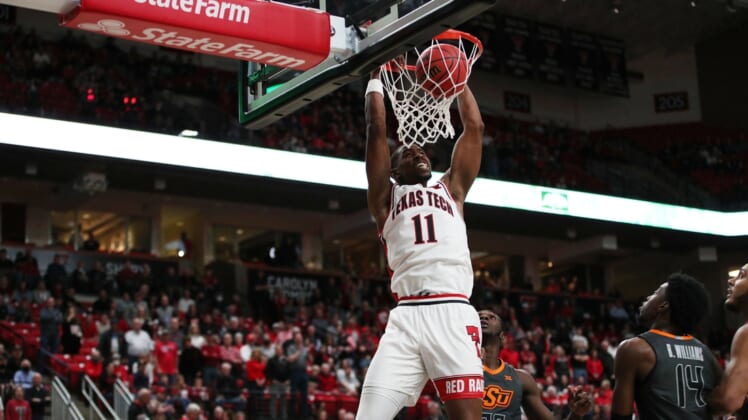 The 19th-ranked Red Raiders jumped to an early lead and rolled to a 78-57 win over the Cowboys in Lubbock, Texas.

Fueled early by Bryson Williams and collective hot shooting, Texas Tech raced to a 10-0 lead. The Red Raiders staved off a Oklahoma State rally that forged a tie 21-21 by producing another first-half surge, and they maintained a comfortable lead the entire second half to win for the fifth time in six games.

The Red Raiders missed 8 of 9 3-point attempts after halftime but didn’t stumble because the Cowboys never found a comfort zone in halfcourt offense. Oklahoma State hit just 2 of 8 from long distance in the second half, 6 of 21 (28.6 percent) on the night.

Despite the early deficit, Oklahoma State pulled even when Bryce Williams buried a 3-pointer with 7:07 to go in the first half. But Obanor scored inside to put the Red Raiders back in front, and the Red Raiders built a 15-point cushion by halftime.

It never got much better for the Cowboys. They scuffled any time the pace slowed down against Texas Tech’s no-middle defense and at the other of the court couldn’t handle the Red Raiders in the paint, where the hosts produced 30 points.