No. 18 Auburn aims to stay sharp vs. Nebraska 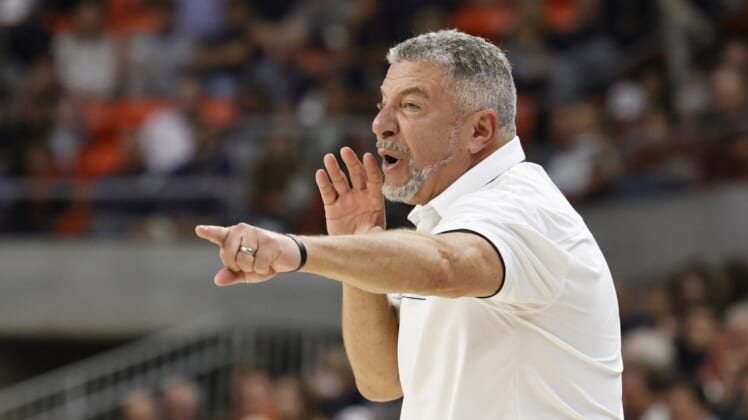 For the final time before the start of Southeastern Conference play, No. 18 Auburn will have an opportunity to take on an opponent in a Power Five conference.

The Tigers (7-1) have four more games before their SEC opener against LSU on Dec. 29, but three of them will be versus opponents in mid-major conferences. That leaves Saturday’s game against Nebraska at Atlanta as a test against a Big Ten opponent as the end of the nonconference schedule draws near.

Auburn scored 17 of the first 22 points Saturday en route to an 86-64 victory over Yale at home. K.D. Johnson led all scorers with 19 points, while Jabari Smith added 17 for the Tigers.

“Good game,” Auburn head coach Bruce Pearl said. “(We) went hard, defense was good, the depth continues to be a positive for us.”

Smith, in particular, has been a standout player for Pearl so far this season. He is averaging team-leading totals in points (16.9) and rebounds (7.1).

“I put that confidence in me,” Smith said. “I’ve put in the work over the years with my teammates, my trainers and my dad.”

While Auburn still is waiting to get into the meat of its schedule with conference play, Saturday’s opponent has already been knocked around early this season.

Nebraska (5-5) already is 0-2 in Big Ten play after dropping a 68-55 decision at Indiana last Saturday and a 102-67 setback to Michigan three days later. The loss to the Wolverines was a particularly ugly one, according to Nebraska head coach Fred Hoiberg.

“I’ve never been a part of one like this where we just quit competing,” Hoiberg said. “(We) missed shots early, and it affected our energy all over the floor.”

“(We played) a game last week (and one) a couple days ago in Indiana where the shots were not falling in, but man we competed, and guarded, and rebounded and followed the game plan. (Against Michigan) we were completely out of it. It’s embarrassing, it’s humiliating, and we’ve got to find a way to fix it.”

Hoiberg’s team shot just 31.9 percent from the field and 14.3 percent from 3-point range. On the flip side, Nebraska saw five Michigan players to reach double figures in scoring.

Those shooting struggles for the Cornhuskers could pose serious problems against an Auburn team playing great defense early in the season. The Tigers only have let an opponent eclipsed 70 points on one occasion this season, a double-overtime loss against UConn on Nov. 24.

Auburn has prioritized getting in passing lanes and creating pressure, including last Saturday’s game in which it forced a dozen turnovers and only yielded 11 assists against Yale.

“The defense was good,” Pearl said. “The fact that they shot 32 percent, we blocked a lot of shots, it was good. We pressed up on them, forced them to go to the rim, and that’s what they did. We’ve got a lot of things to work on, a lot of things to get better on.”

The Cornhuskers also have their work cut out for them.

“Nobody is going to feel sorry for us,” Hoiberg said after the loss to Michigan. “We’ve got to bounce back with two energetic days and put this one behind us.”