No. 17 SDSU rides balanced attack to win over Stanford 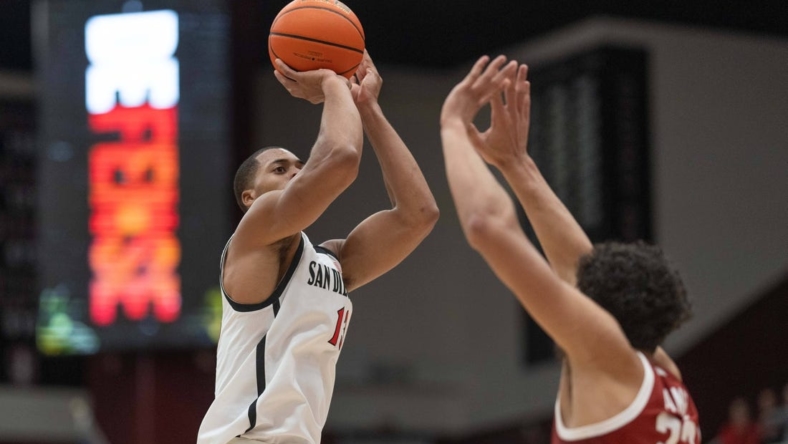 Jaedon LeDee scored 14 points while Lamont Butler and Keshad Johnson added 11 apiece as No. 17 San Diego State led wire to wire in a 74-60 win over host Stanford on Tuesday night.

Micah Parrish scored nine points and Adam Seiko had eight for the Aztecs (3-0), who led by as many as 17 points in the first half and shot 51 percent from the field.

Eight players scored at least six points for San Diego State, which has won five of its past six games against Pac-12 opponents.

The Aztecs quickly regained control with a 16-6 run and held on for their first win over Stanford in five meetings.

San Diego State opened the game by making five of its first eight 3-point attempts and led 20-9 with 11:41 left in the first half.

The Aztecs stretched their lead to 41-24 before Stanford scored six straight points, including Jones’ 3-pointer at the buzzer, to cut the deficit to 41-30 at intermission.

San Diego State, which was picked to finish first in the Mountain West preseason poll, shot 59.3 percent from the field in the first half while holding Stanford to 40.7 percent.

Stanford began the second half on a 6-2 run and cut the lead to 43-36 on Keefe’s two foul shots, but the Aztecs managed to weather the brief outburst.