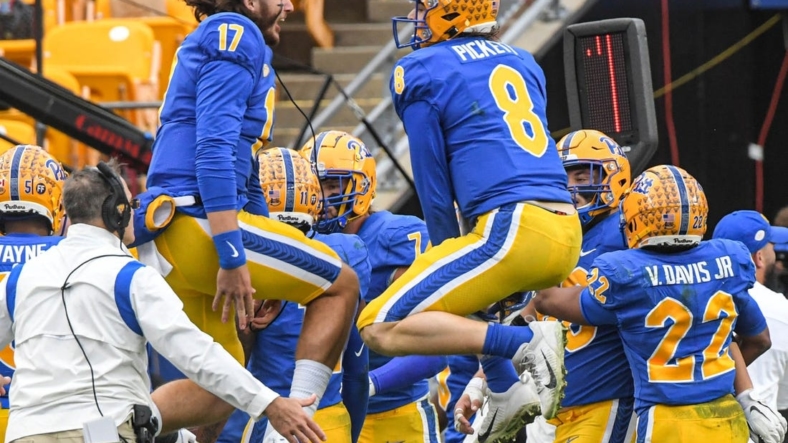 No. 17 Pitt opens the season Thursday night in the first playing of the Backyard Brawl rivalry with West Virginia since 2011.

Host Pittsburgh is favored by 7 to 7.5 points and getting big backing from the public in a meeting of former USC quarterbacks.

The primetime Thursday game is the most wagered-on event this week at both BetRivers and BetMGM ahead of Saturday’s matchup of Top 5 teams in Columbus between No. 2 Ohio State and No. 5 Notre Dame.

Pitt -7 is the most bet game and bet type (spread) at BetMGM.