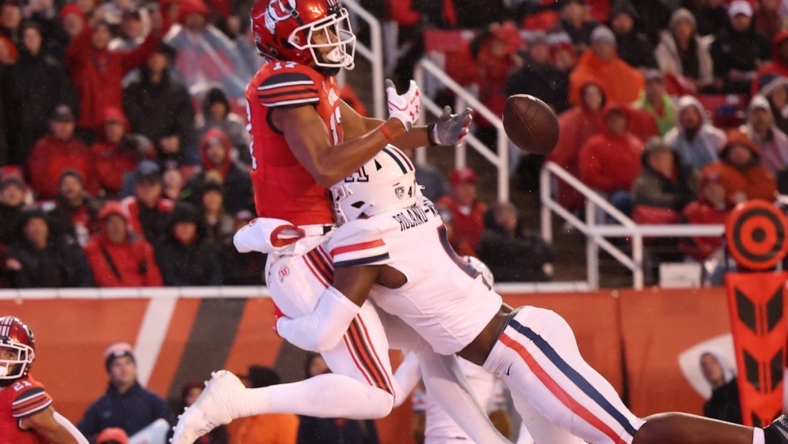 No. 14 Utah grabbed an early lead and then leaned on its running game while its defense recovered four fumbles to keep visiting Arizona at bay in a 45-20 win on Saturday night in Salt Lake City.

The Utes (7-2, 5-1 Pac-12) ran 55 times for 306 yards, attempting only four passes after halftime while delivering the Wildcats (3-6, 1-5) their fourth consecutive loss. Utah quarterback Cam Rising, who missed the team’s previous game with an undisclosed injury, completed 13 of 25 passes for 151 yards and one touchdown.

Ja’Quinden Jackson had 13 rushes for 97 yards and a touchdown, and Jaylon Glover gained 69 yards on eight attempts. Both left the game in the third quarter with injuries and did not return.

The team’s leading rusher, Tavion Thomas, who had missed the previous game, then made his first appearance and finished with eight carries for 38 yards. Micah Bernard contributed 48 yards on 12 attempts.

Arizona’s Jayden de Laura completed 10 of 20 throws for 159 yards but was lifted after Utah went up 38-10 on Rising’s touchdown pass to Thomas Yassmin with 10:16 to go.

Utah, playing without tight end Dalton Kincaid after he was injured in the previous game, led 28-10 at halftime and added a 27-yard field goal with 4:31 to go in the third quarter for a 31-10 advantage. The Wildcats never threatened after that, scoring their last 10 points in the final 2:31.

Early in the game, the Utes scored touchdowns on three consecutive drives to take a 21-7 lead with 11:21 to go in the second quarter.

That was still the score when Arizona’s Jacob Cowing muffed a punt in the rain, with Utah recovering at the Wildcats 9. One play later, Nate Johnson took a direct snap and rushed around the left end for a touchdown with 3:23 left before halftime. The Wildcats added a 30-yard field goal in the final minute to make it 28-10 at the half.