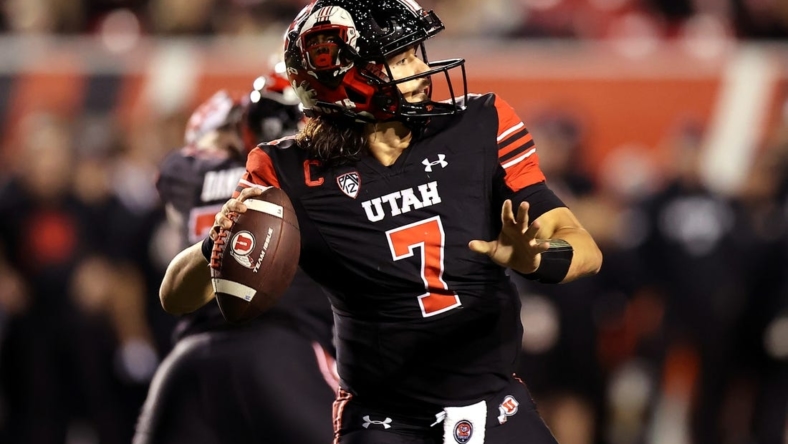 Utah enters the final month of the regular season at No. 14 in the College Football Playoff rankings, hunting a Pac-12 title. But multiple mysteries muddy the waters as the Utes prepare to face Arizona on Saturday in Salt Lake City.

Utah (6-2, 4-1 Pac-12) was without several key players, including quarterback Cam Rising, in a 21-17 victory at Washington State on Oct. 27. Coach Kyle Whittingham, who doesn’t talk about injuries unless they are season-ending, did not rule out anybody new during his Monday press conference.

But who’s in? Who knows.

Whittingham did add: “Cam is much further ahead today than he was a week ago today” and that “we certainly hope so” when asked if Rising would play Saturday.

Standout tight end Dalton Kincaid left the Washington State game with a shoulder injury, leaving the Utes thin at what was a strong position. Brant Kuithe is out for the season with a torn ACL. Kincaid has a team-high 46 catches for 614 yards and seven scores, and Utah would need more out of a pedestrian receiving corps if he is unavailable.

The team’s leading rusher, Tavion Thomas, missed the Washington State game, and Whittingham only offered “nothing to divulge there,” on Monday.

Utah is tied for third with UCLA in the conference standings, trailing Oregon (5-0) and USC (5-1). Arizona (3-5, 1-4) has lost three consecutive games but isn’t the same pushover as last season, when it went 1-11 overall in coach Jedd Fisch’s first season.

The Wildcats are averaging 32.2 points per game, up by an average of 15 from last season.

“Our offense is hitting on all cylinders right now,” Fisch said. “I think we’ve moved up 80 spots (nationally) in almost every offensive category. So that’s what’s exciting.”

Quarterback Jayden de Laura is fourth nationally in passing (331.8 yards per game), and the trio of Jacob Cowing, Dorian Singer and Tetairoa McMillan form one of the most productive receiving corps in the nation.

Defense, however, remains a major issue for the Wildcats, who are allowing 475.0 yards per game and haven’t recorded a sack during their three-game skid. Arizona is also minus-0.62 in turnover margin for the season, needing a clean game to compete against the better teams on its schedule.

“We’ve got to find a way to just bring the point total down, get off the field a couple more times, and then take the ball away,” Fisch said. “If we can just take the ball away a few times, that’ll make a huge difference.”

For Utah, if Rising can’t go, walk-on Bryson Barnes would get his second start. He completed 17 of 27 passes for 175 yards and a touchdown against Washington State, also rushing for 51 yards.

“Bryson Barnes did an exceptional job under the circumstances,” Whittingham said. “Given the preparation, the lack thereof, he responded well.”

The Utes’ defense, which allowed 42 points in back-to-back games against UCLA (10-point loss) and Southern California (one-point win) before playing Washington State, will be without co-leading tackler R.J. Hubert in the first half. He was ejected for targeting in the second half against the Cougars.