Another strong start to the season has No. 13 Brigham Young trending in the right direction, and the Cougars will try to keep it going heading into Friday night’s in-state matchup with host Utah State in Logan, Utah.

BYU (4-0) has won its first four games in back-to-back seasons for the first time in program history.

Yet the Cougars weren’t totally thrilled with their 35-27 home victory over South Florida on Saturday night. 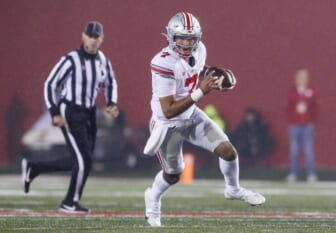 “The guys expect a lot from themselves, and they can be hard on themselves,” BYU coach Kalani Sitake said. “Sometimes it’s OK that they have a high standard of expectations to perform.”

Utah State (3-1) has had a notable beginning to the season as well despite last week’s 27-3 home loss to Boise State. The Aggies started with three straight wins for the first time since 1978.

“We exceeded a lot of expectations early,” said Blake Anderson, who’s in his first season as coach at Utah State. “We just have to learn and we have to get better.”

BYU has won 16 of the past 20 matchups with Utah State as the teams play for possession of the Old Wagon Wheel. They didn’t meet last year. 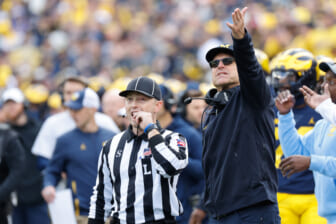 Sitake indicated that Hall was nearly available for the South Florida game.

Hall, who started in a 2019 victory against Utah State, figures to get the nod if he’s cleared for full participation.

Receiver Puka Nacua said the Cougars are comfortable regardless of the player who starts at quarterback. Still, the offense needs work.

“We still aren’t completely there,” Nacua said. “We’re not hitting on all cylinders, but we are making progress.”

BYU has passed for 11 touchdowns this season while giving up just two TDs through the air.

The Cougars still might be adjusting to the season-ending injury suffered by linebacker Keenan Pili, the team’s leading tackler, in the third game of the season.

“We haven’t played a full game of our best football,” BYU defensive end Pepe Tanuvasa said. “So I’m really excited … to be able to show that, to our fans and to Utah State as well.”

That’s the lone time in 14 previous meetings that Utah State has topped a ranked BYU team.