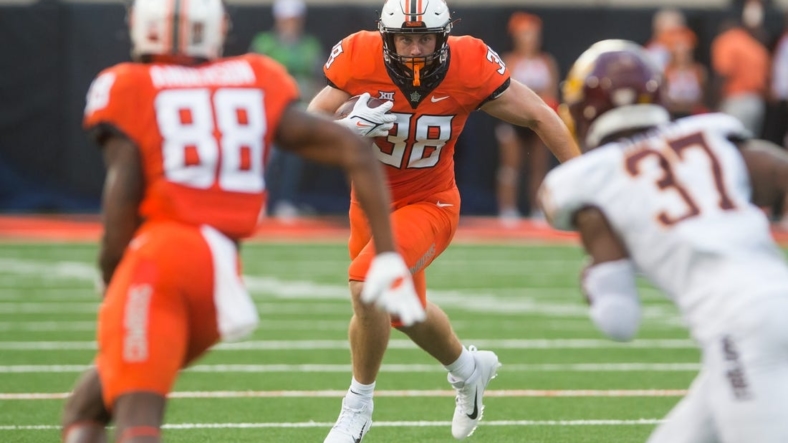 Oklahoma State held a 16-7 lead after the first quarter before breaking the game open with a 28-point second quarter to take a 44-15 lead at halftime.

After Oklahoma State tackled Central Michigan running back Lew Nichols in the endzone for a safety to make it 9-7, the Cowboys took a 16-7 lead on the last play of the first quarter on a 17-yard touchdown run by Sanders.

On the first drive of the second half, Sanders hit Johnson for a 45-yard pass and then Bryson Green for a 7-yard touchdown pass that gave Oklahoma State a 51-15 lead with 14:23 left in the third quarter.

Central Michigan did rally, cutting Oklahoma State’s lead to 58-44 with 3:15 remaining on a 54-yard touchdown pass from Richardson to Jalen McGaughy and a 2-point conversion pass, but the Chippewas couldn’t get any closer.