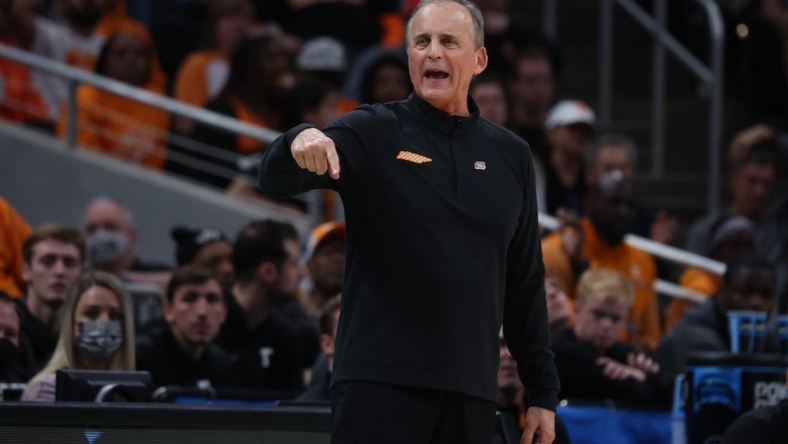 Tyreke Key scored 17 points to lead No. 11 Tennessee to its 18th straight home victory, a 75-43 season-opening rout of Tennessee Tech on Monday night in Knoxville.

Zakai Zeigler had 12 points and 5 assists for the Southeastern Conference Volunteers (1-0), who never trailed.

Tennessee sank 17 of 36 (47.2 percent) second-half shots after shooting 31 percent (9-for-29) during the first 20 minutes. Seven different Tennessee players sank at least one 3-pointer in the second half, when the Vols were 10 of 23 (43.5 percent) from long distance.

Junior-college transfer Brett Thompson had 15 points and six rebounds for the Golden Eagles (0-1) of the Ohio Valley Conference. Tennessee Tech was outscored 22-2 in second-chance points.

Tennessee used a 13-6 run during the first 4:05 of the second half to build a 40-22 cushion. Key sank two 3-pointers and Vescovi added another to fuel the spurt.

The Vols never led by fewer than 17 points during the final 15 minutes.

Tech committed 22 turnovers, leading to 28 points, and only forced 15 from Tennessee.

Key scored 11 first-half points to help Tennessee build a 27-16 lead despite the Volunteers sinking just 4 of 21 (19 percent) from 3-point range. The Vols ended the first half hitting one of their final 10 field-goal attempts, all from behind the arc.

The Golden Eagles also shot poorly during the first half, 4 of 22 overall and 1 of 9 from long distance.

Tech registered just one field goal during the first 15:46. Thompson sank a layup 8:39 into the game.

Tennessee notched its 11th straight win in the series to improve to 27-1 overall against its in-state rival. The Vols’ only loss came in 1996.