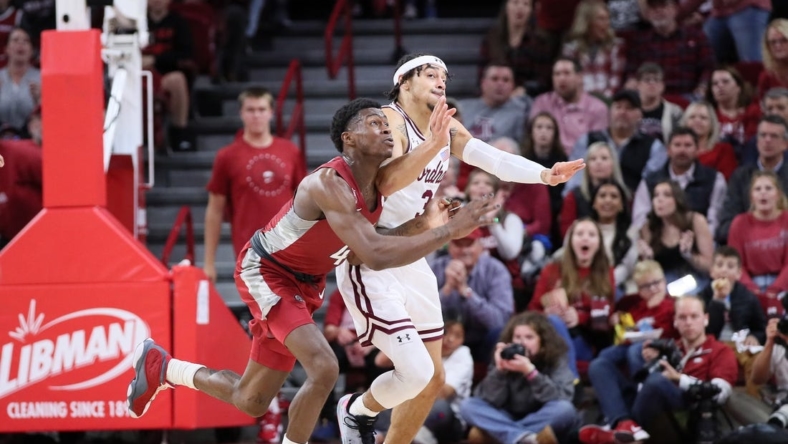 Ricky Council IV scored 15 points and No. 10 Arkansas forced 30 turnovers in a 74-48 victory over Fordham on Friday night in Fayetteville, Ark.

Jordan Walsh added 12 points and Anthony Black had 10 for the Razorbacks (2-0), who finished with 13 steals in their second lopsided win.

Darius Quisenberry and Elijah Gray scored 10 points each to lead the Rams (1-1) as they were the only two of 11 Fordham players who reached double figures.

Khalid Moore started the second-half scoring with a three-point play that pulled the Rams within 32-24.

The Razorbacks scored the next six points before Fordham crept within 11 points on a 3-pointer by Quisenberry.

Arkansas scored the next eight points before Moore responded with a layup.

The Razorbacks increased the lead to 21 on a basket by Jalen Graham and they led by as many as 26 points, the last time at the end.

The defenses dictated the early going as the score was tied at 7 more than six minutes into the game.

The Razorbacks started having success getting the ball inside as Walsh, Makhi Mitchell and Council scored on consecutive layups.

Moore made a layup to end a scoring drought of more than eight minutes for Fordham, leaving Arkansas with a 13-9 lead midway through the half.

The Razorbacks increased the lead to 18-9 on a 3-pointer by Black and the margin grew to 30-11 on a layup by Mitchell.

Kyle Rose made a 3-pointer to end a more than five-minute field-goal drought for the Rams.