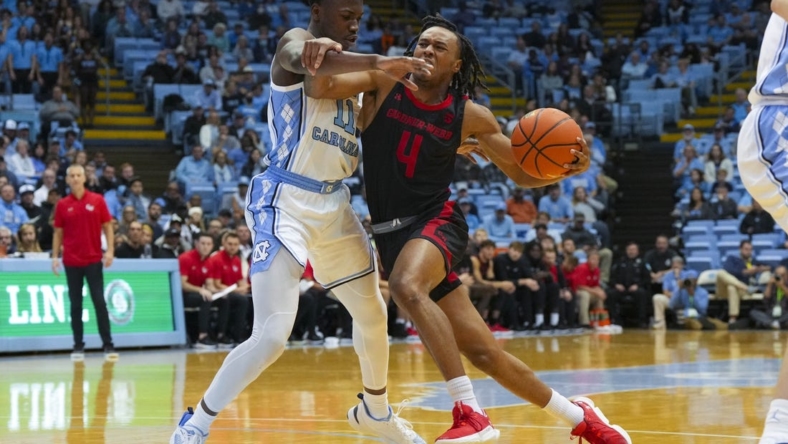 Caleb Love pumped in 17 of his 20 points in the second half and Pete Nance scored 18 points, but No. 1 North Carolina needed a late burst to hold off visiting Gardner-Webb in Tuesday night’s 72-66 victory in Chapel Hill, N.C.

RJ Davis added 14 points, including four after the Runnin’ Bulldogs made it tight, and 10 rebounds. Armando Bacot had 10 points and nine rebounds.

Anthony Selden scored 21 points, Julien Soumaoro had 17 points and Kareem Reid finished with 10 before fouling out for Gardner-Webb, which was taking on a No. 1 team for the first time in program history.

Love sparked a 10-0 run to start the second half with eight points during the spurt.

Nance fouled out with 3:38 remaining with the Tar Heels leading 60-54 after a majority of a 16-point lead had disappeared.

Then at 61-56, Gardner-Webb had two possessions with chances to pull closer before Davis made two free throws at the 1:22 mark and followed that with a jumper the next time the Tar Heels had the ball.

Nance had 16 points in the first half despite missing the final possession after a jammed lefty pinkie finger caused him to exit for the locker room early.

Nance scored only 13 points in the first two games combined, but he had 14 in the first 11 minutes against Gardner-Webb.

Gardner-Webb (0-3) was credited with an 18-4 advantage on points in the paint in the first half.

After taking only one shot from the field in the first half against College of Charleston on Friday, Bacot launched three wayward shots in the first five minutes Tuesday night.