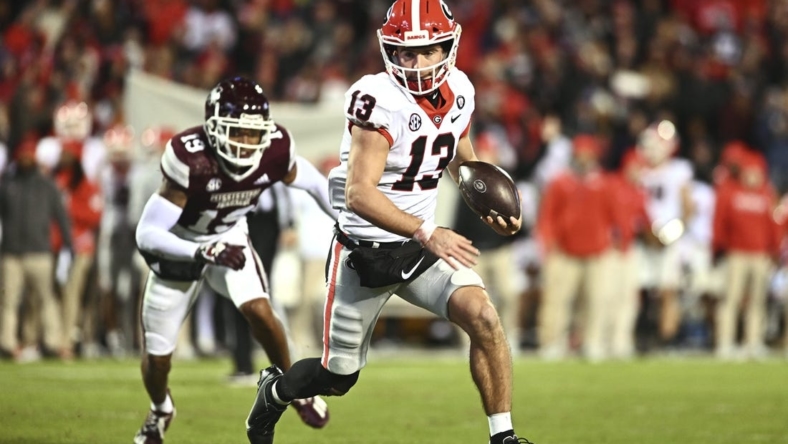 Top-ranked Georgia clinched the SEC East Division title with a 45-19 victory over host Mississippi State on Saturday in Starkville, Miss.

With Georgia leading 17-12 entering the second half, McConkey took a pitch and raced 70 yards for a 24-12 lead on the second play of the third quarter.

Bennett’s 2-yard scoring toss to Washington extended the lead to 38-19 with 14:55 left in the game, and Kendall Milton’s 34-yard touchdown run capped the scoring with 2:04 left.

Bennett’s 2-yard touchdown pass to Bowers capped a nine-play, 73-yard drive that gave Georgia a 7-0 lead with 9:50 left in the first quarter.