No. 1 Alabama handles No. 4 Cincinnati, advances to championship game 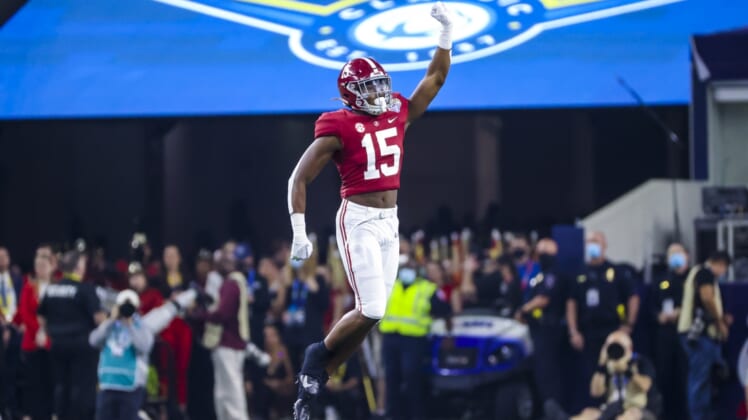 Alabama will play for a second straight national title after the top-ranked Crimson Tide defeated No. 4 Cincinnati 27-6 in a College Football Playoff semifinal in Arlington, Texas, on Friday.

The Crimson Tide will face the Georgia-Michigan winner from later Friday in the championship game on Jan. 10 in Indianapolis.

Cincinnati pulled to within 17-6 early in the third quarter on a 37-yard field goal by Cole Smith but the Crimson Tide extended the lead to 24-6 with 13:52 left in the game on Cameron Latu’s 9-yard reception.

Will Reichard added a 43-yard field goal with 6:20 left for the final margin.

The Crimson Tide asserted themselves on the game’s opening drive, going 75 yards in 11 plays for a 7-0 lead on an 8-yard pass from Young to Slade Bolden. Robinson had six carries for 37 yards in the series and receiver Jameson Williams had an 18-yard run.

Cincinnati’s first possession resulted in a 33-yard field goal by Smith to make it 7-3. Reichard made it a seven-point lead with a 26-yard field goal on the first play of the second quarter