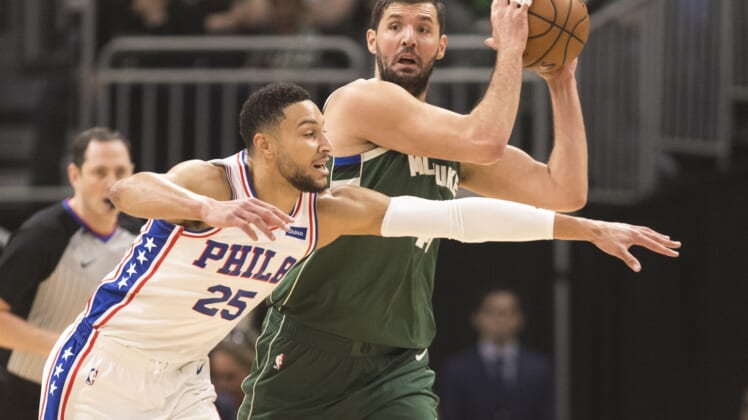 Impending free agent forward Nikola Mirotic surprised a lot of people when he decided to sign with EuroLeague’s Barcelona on Saturday.

The veteran had received a ton of interest on the open market heading into the start of free agency on Sunday. Unfortunately for those NBA teams, an opportunity to play overseas looked more attractive to Mirotic.

According to this report from Marc Stein of The New York Times, Mirotic actually turned down the opportunity to sign with the Utah Jazz for $45 million over three seasons.

It’s not yet known what the forward’s contract is in Spain. But we can logically conclude that it’s nowhere near what Mirotic turned down with Utah. The highest-paid player in Europe right now is Alexey Shved at $4.6 million.

Mirotic heads overseas having averaged 12.3 points and 5.9 rebounds since being drafted No. 23 overall back in 2011.