Nikola Mirotic can officially be traded 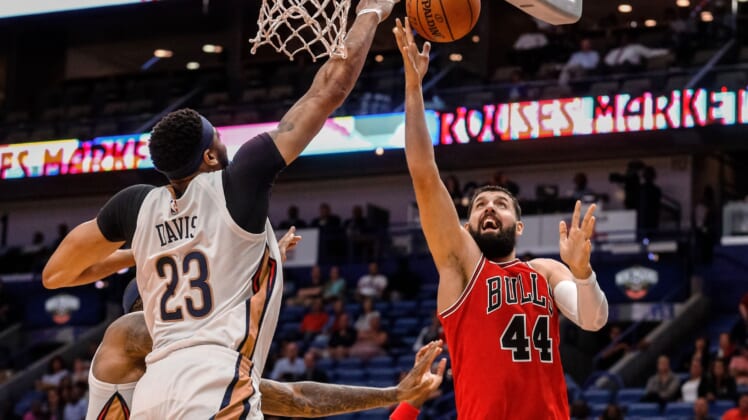 One of the biggest names on the NBA trade market is officially available. The Chicago Bulls can now move Nikola Mirotic because the calendar has reached Jan. 15.

As a result of signing a new contract in the 2017 offseason, Mirotic could not be moved for three months.

And since taking a punch to the face that resulted in two broken bones, the power forward has eyed an exit from Chicago. Mirotic’s side is “standing firm” on a trade request, and the Bulls plan to meet that demand.

To his credit, the 26-year-old has put together a career-best campaign in the meantime.

Mirotic has tallied 17.3 points per game while shooting 46.4 percent from three-point range and 48.4 overall. Each of those are personal-best marks, and it’s not even close. He’s also grabbed 6.9 rebounds and dished 1.5 assists on average.

Chicago has thrived with a healthy Mirotic and climbed out of the cellar in the Eastern Conference thanks to his impact, but the end of their partnership is now imminent.

The Utah Jazz have been linked to Mirotic, who should have several other suitors before the Feb. 8 deadline. The Portland Trail Blazers and Detroit Pistons are also expected to join the chase for his perimeter shooting.