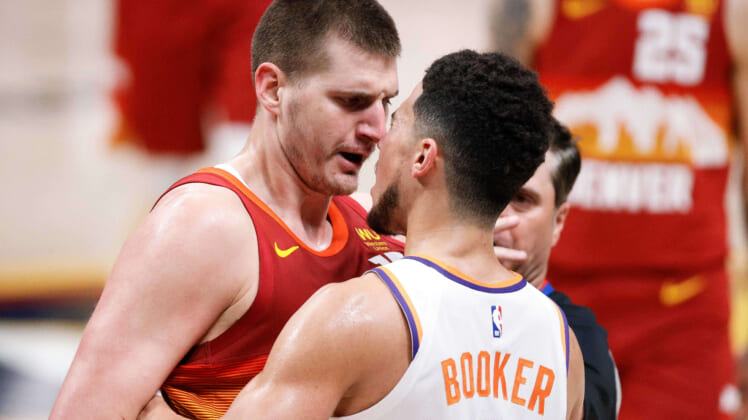 Newly-minted NBA MVP Nikola Jokic and his Denver Nuggets entered Sunday’s action against the Phoenix Suns down 3-0 in their Western Conference Semifinals series.

Denver needed a win in order to keep its season alive. And while coming back from 3-0 was never going to be in the cards, the team simply didn’t want to go out quietly.

Fortunately for the Nuggets, there was nothing quiet about Sunday’s game against Phoenix. Unfortunately, that also included Nikola Jokic getting tossed late in the third quarter after committing a hard foul against Suns guard Cameron Payne.

As you will see below, Jokic ended up getting into it with Suns star Devin Booker prior to getting ejected due to a flagrant two foul.

It’s unfortunate that a play like Nikola Jokic was not able to complete the game due to some dumb antics on his part. It’s also unfortunate that officials on hand in Denver opted to toss him from an elimination game. Both can be true.

At the time of the ejection, Denver found itself down 83-75. Phoenix ended up taking a 13-point lead into the final stanza.