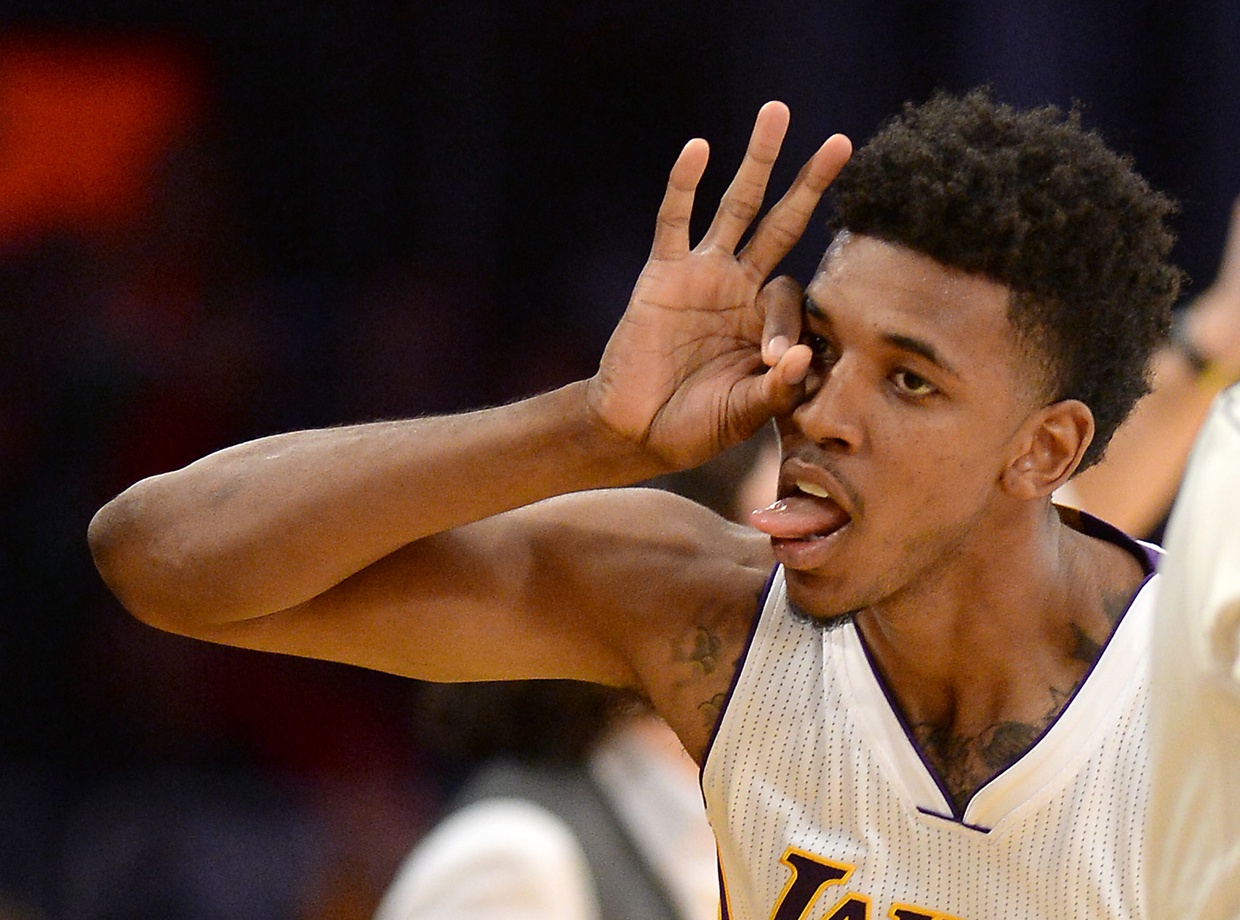 One of the stranger NBA incidents in recent memory came at the end of the 2015-16 season with then Los Angeles Lakers teammates Nick Young and D’Angelo Russell.

Russell recorded Young — who was in a high-profile relationship with Iggy Azalea — talking about sexual relationships with other women. The recording quickly surfaced and turned into a nightmare for both players.

Two seasons later, Russell is with the Brooklyn Nets and Young is with the Golden State Warriors. Young was asked if he and his former teammate were on good terms.

“Yeah. It is what it is,” Young said while nervously laughing, per Marc Spears of The Undefeated. “We both ain’t in L.A. anymore.”

Carrying a grudge around is certainly not going to help anyone. Especially since, while it was wrong for Russell to record Young without his apparent knowledge, Young deserves blame, as well.

If Young has found a way to put it behind him, that’s a good thing.