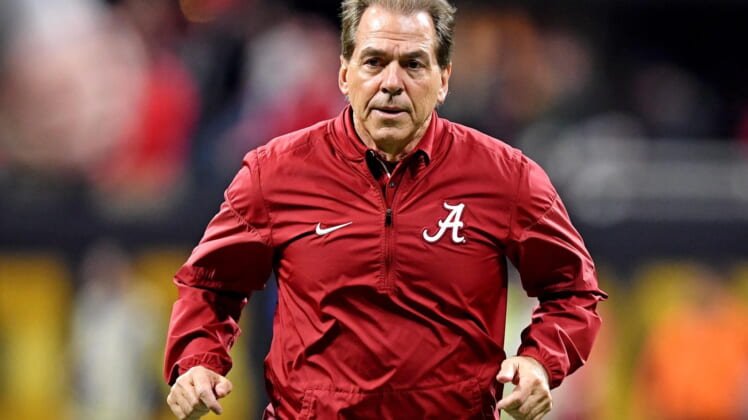 Nick Saban has already established himself as one of the best coaches in college football history, and his ability to stay focused on the job is legendary.

He keeps piling up the championships (six so far) and puts together one of the nation’s top recruiting classes on an annual basis. At the age of 67, many of us would be itching for retirement and a life of fun in the sun. Yet Saban has no interest in quitting football any time soon.

Now comes a story that highlights his lifelong passion for the game, courtesy of ESPN’s Marty Smith, who has a book entitled “NEVER SETTLE” coming out on August 3, 2019.

In an excerpt from the book ahead of its release, Smith shared some stories from an interview he had with Saban. One of them illustrates to perfection the laser focus Saban has when it comes to the game he loves.

At one point in the mid-1980s, Saban — then a defensive coordinator at Michigan State — had lunch with Bob Stoops (the uncle of former Oklahoma Sooners coach Bob Stoops) at a bar to discuss football stuff.

Then, the place got robbed at gunpoint. Here’s a portion of Smith’s excerpt describing the event: “So Saban and Uncle Bob were in a bar, eating and tossing back a couple of beers, engaged in an intense football debate. They were drawing up plays on napkins, that kind of thing. Suddenly, the door busted open and an assailant blew in with a shotgun and robbed the bartender clean.”

Now here’s the funny part. When the bartender was asked to tell police what happened, he pointed at Saban and Stoops and said, “Don’t ask those two a-holes. They’ve been so busy messing around on those napkins they didn’t even know the robbery happened! Probably still don’t!”