Nick Saban reflects on why he left NFL for Alabama 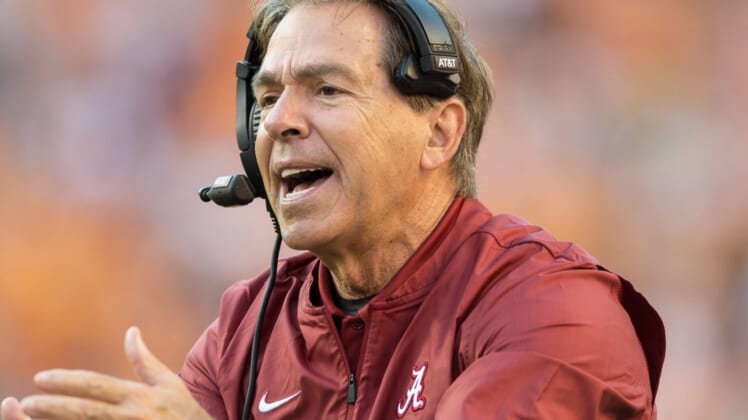 The Orange Bowl has returned Nick Saban to the place of his unsuccessful NFL tenure, bringing back memories of his time with the Miami Dolphins.

David Furones of the Miami Herald shared what the legendary Alabama coach said he learned in two disappointing NFL years.

“I couldn’t have been in a better situation here in Miami with better people, but I found out that maybe I was a little more suited to be a college coach.”

The Orange Bowl will be played at the stadium Saban once called home, leading the Dolphins during the 2005 and 2006 seasons. They mustered a 15-17 record before he accepted the Alabama job.

And, in the process, Saban created one of the biggest “what if” questions in both college football and NFL history.

If he hadn’t returned to the college level, Alabama likely doesn’t become this powerhouse. Plus, if the Dolphins had signed Drew Brees between Saban’s first and second year, they might’ve thrived and slowed the New England Patriots dynasty.

Instead, Saban took over at a place where he had full control. Rather than having one first-round pick every year, he could recruit anybody he wants. So far in Tuscaloosa, he’s won six SEC titles and five national championships.

All because he recognized his limitations.