The Chicago Bears are set at quarterback with Andy Dalton and Justin Fields, making a Nick Foles trade feel inevitable. With NFL training camp approaching, it shouldn’t be much longer before the former Super Bowl MVP is moved.

There are plenty of teams, including projected playoff contenders, who could use a dependable backup quarterback. With that in mind, let’s examine the best landing spots for a Foles trade.

This is the most logical destination for Foles. Heading into the summer, not a single quarterback on the New York Jets depth chart has taken a regular-season snap in the NFL. Even with Zach Wilson the projected starter, New York must find a veteran who can mentor the rookie and help him off the field. 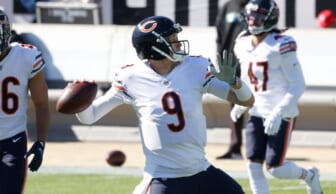 Foles carries a $6.66 million cap hit this season and a $14.33 million dead cap, but the Jets can afford him. The acquisition cost should also be relatively cheap, given the Bears have no interest in paying a third-string quarterback this much money. We wouldn’t be surprised if Foles is traded to the Jets by August 1.

If everything goes smoothly for the Tennessee Titans in 2021, they should win the AFC South. Ryan Tannehill is an excellent quarterback and there’s no doubt he has one of the best supporting casts in the NFL. But if Tannehill goes down, everything falls apart. 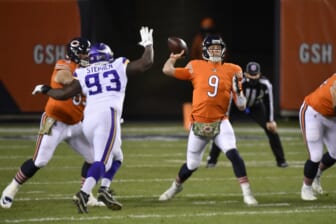 Also Read:
Nick Foles turned down trade to the Philadelphia Eagles this offseason

Heading into July, Logan Woodside and DeShone Kizer are the backups behind Tannehill. Simply put, the Titans don’t win more than a handful of games if either is forced to take over due to injury. Even a short-term absence, possibly an injury that forced Tannehill to miss three games, would be costly in a tight race with the Indianapolis Colts.

That’s why, even if it means restructuring more contracts or an extension for Julio Jones, the Titans should explore a deal for Foles. He’s not a player a playoff-caliber team would feel confident starting, but he is worlds better than Woodside or Kizer and that gap could make the difference if disaster strikes.

We saw what happened to this team when Dak Prescott suffered a season-ending injury in 2020. The Dallas Cowboys schedule gives them a chance to win the NFC East and, similar to the AFC South, it figures to be a tight race. When one game could make the difference between reaching the playoffs or not, Dallas shouldn’t feel satisfied with Cooper Rush being the backup. 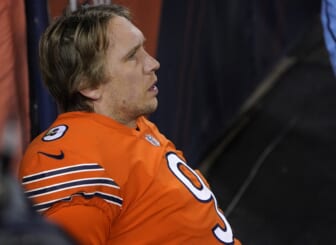 Foles isn’t a starting-caliber passer, those days are long over. But the Cowboys’ offensive line will be healthy in 2021 and the weapons around the quarterback are outstanding. Given time to throw in the pocket, Foles would make sure the likes of Michael Gallup, Amari Cooper and CeeDee Lamb got fed. As front offices evaluate their rosters before training camp, the Cowboys must seriously consider upgrading their backup quarterbacks.