Nick Foles in, Gardner Minshew out as starter for Jaguars 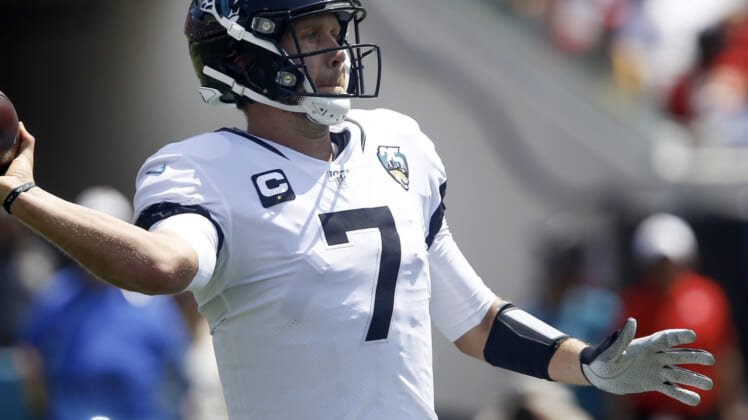 All it took was one really bad game for the Jacksonville Jaguars to ditch Gardner Minshew in favor of veteran quarterback Nick Foles.

On the one hand, this is an understandable response from a head coach who’s been on the hot seat since last year. The Jaguars are 4-5 but just two games out of first in the AFC South, and Foles has a history of being able to lead a team to the playoffs.

Minshew is also coming off the worst game of his rookie season in a loss to Houston Sunday in London. He turned the ball over four times and struggled to get the ball to his receivers against a Texans secondary that has been playing poorly of late.

Still, it’s going to be fascinating to see how Foles does the rest of the way. Minshew had been unbelievably good before Sunday’s debacle. On the season, the rookie has passed for 2,285 yards with 13 touchdowns and four interceptions.